Formed in a back garden way back in 1990, Embrace first came to acclaim with their 1997 EP, Fireworks. Little did they realise back then that it was just the start of something much bigger. As they prepare to release their eighth studio album, How To Be A Person Like Other People, and to head out on their latest headline tour, we caught up with frontman Danny McNamara to find out more. 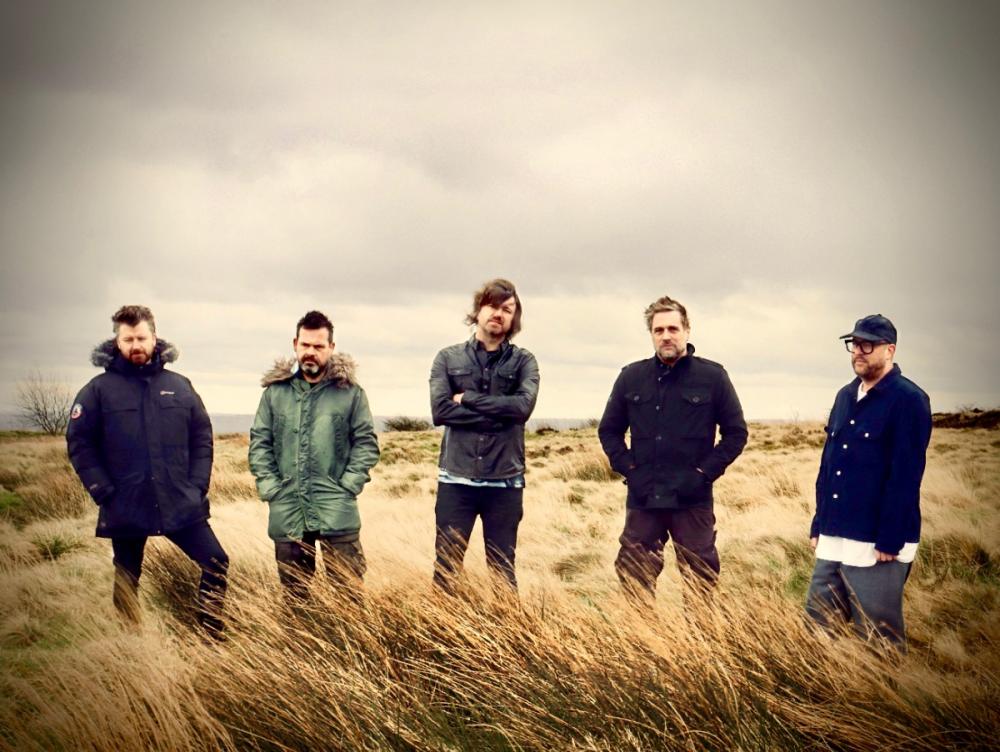 Can you believe it is nearly 25 years since your debut album. Did you ever envisage your career would play out as it has?

Age is a weird thing like that. Sometimes days take forever, sometimes years seem to go by in the blink of an eye. It hit me when I saw Simon Pegg playing the dad on The Boys. Me and him are about the same age and I thought he’s not that kid's dad, then I realised, oh yeah he’s 50 he could easily be that kid's dad. It’s been one hell of a roller coaster ride with Embrace so far, but I still feel every bit as passionate now as I did in the beginning, in fact if anything as time starts to feel like it’s running out I’m getting even more passionate.

Many of your contemporaries are touring their classic albums as complete works, are you tempted to join them?

Yeah definitely. I’d never really been into it in the past. But I changed my mind when I saw Brian Wilson do Pet Sounds. They’re really special event gigs and the atmosphere in the room goes up a notch. We did some for the Good Will Out’s 21st anniversary and the crowds were amazing.

What lessons did you learn in the early days that you have applied to your career?

The most important one, which Neneh Cherry gave to me about 25 years ago, and I still have to remind myself of constantly, is to always remember to enjoy it. That it’s not the destination, it’s the journey. She said it’s really hard making great stuff and you won’t always succeed, but if you at least enjoy the journey you won't burn yourself out. She gave me that advice as we were on tour and trying to record the debut album at the same time. Which was f***ing insane.

You are about to release your eighth studio album, tell us a little about the writing process…

The writing process for this one has been completely different to previous ones because of Covid. But it worked out really well. The band would demo up musical ideas and send me them by email and then I’d have a go at singing to them. I generally got something great from about one in 10 of their ideas. Most of them ending up being Rik’s ideas, but a couple on this album were from Mick too. Then I worked out all the other sections and all the lyrics. Then we did rough demos at Mick's. Everyone went away and worked on their parts and then we went into the studio with Rik at the end and he made them all sound amazing.

The album is titled How To Be A Person Like Other People, tell us about the thought behind it…

There’s a line in the script for the Joker where it says 'ARTHUR'S STUDYING A VHS TAPE OF MURRAY FRANKLIN LIVE' he jots down notes in his worn notebook... Watches as A MOVIE STAR GUEST come out... how he crosses the stage... how he greets Murray... how he waves to the audience.... how he sits down... if he cross his legs or not... studying how to be at ease, how to be a person like other people.

I’ve spent a lot of my life not really caring that I wasn’t like other people. I've always had quite a wild imagination, as a kid I used to run away from it and really suffered with mental health issues. Becoming a singer in a band was my way of opting out of the rat race. I taught myself not to care what other people thought, and even prided myself on it. I wasn't going to follow anyone else's path, I was just going to use my imagination to burn as brightly as I could, dig as deep as I could where I stood and hope that somehow people would come to me. And they did, lots of them. In many ways I've had one hell of a life. But it’s also been quite a lonely isolated path.

I've spent my creative life talking about the end of love, the death of love, the heartbreak, the grief, the loss, the horror, the mess, written hundreds of songs about it, but the truth is I don't think I've ever really been in love.

Until that day I hit rock bottom, I turned around and I saw my now wife smiling back at me.

She is literally the woman of my dreams. My literal dreams. Only cuter and smarter and better for me than anything I could ever dream up for myself. Wild imagination or not.

But the most loving thing of all the loving things she's done for me over the years is try to show me how to be a person like everyone else.

Step by step she's shown me how to love, how to feel, how to be a person like other people and this album is about that journey, that story, and it's the most joyous, most uplifting, most upbeat, most soulful thing we've ever done.

What song are you most excited for people to hear?

Probably the next single. We Are It. The video is the first animation that we’ve ever done, and it’s fantastic. It might be our best ever video.

As a band your fans will have their favourites, but which is your personal favourite to perform?

Probably either Ashes or All You Good Good People. The crowd always goes up a notch and it’s an incredible feeling.

Lastly, if you could collaborate with one newer talent, who would you work with?