The Good, The Bad And The Hungry

40 plus blogger Claire Marie on why slimming club culture was never going to help her conquer her food demons. 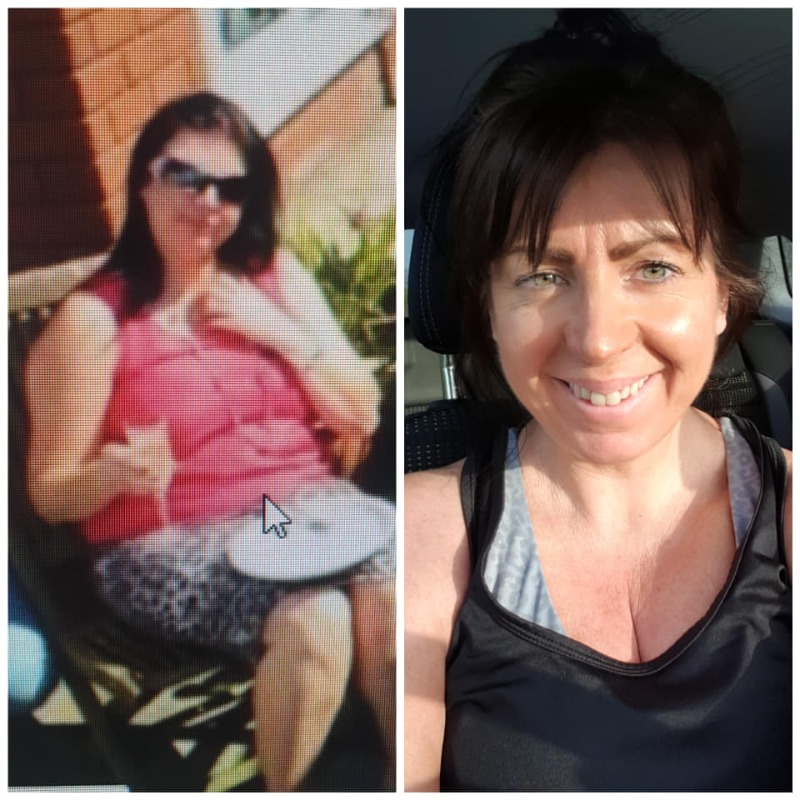 In my twenties I started to realise that I probably wasn't particularly healthy, and certainly wasn’t making the most of myself, so after much deliberation, I decided to join a slimming club.

My first visit didn't disappoint on the cliche scale; gaudy merchandise everywhere, stamps and stars in books and women applauding with wild abandon for half-pound losses probably brought about by pre-weigh in bowel movements. But I took what I saw on the scales seriously, immediately embarking on my chosen plan with vigour. Elated, I eventually reached my goal weight and got lots of lovely stickers.

Within months, I was sucked into the world of being ‘good’ or ‘being 'off plan', with nothing in between, and my approach to food became a grotesque caricature of itself. I'd binge on a dustbin lid-sized pizza after weigh-in (because what you eat on club night doesn’t count), and was completely dictated to by the scales. I must have spent hundreds of pounds to gain and lose hundreds of pounds in a continuous, pointless cycle! And I was no closer to solving the underlying issues that caused me to overeat in the first place.

I left and rejoined several times before eventually admitting defeat and deciding to ‘just be good.’ The result of that was becoming more overweight than ever.
So I joined another club.

This one worked on the principle of calories equating to points, and when your points ran out you couldn’t eat anything else. Eventually - and disbelievingly – I reached a size 12, but I was always going to fall off the wagon because the angel/devil caricatures were now firmly established in my psyche. These plans are unsustainable for that reason: the constant battle to be ‘good’ or ‘bad’ plays havoc with your physical and mental metabolism.

In the end I gave up. I told myself that if I made an extra effort with my hair and make-up I could hide the weight gain. Maybe I just wasn't meant to be one of those people who was lucky enough to like the way I looked. I just felt that nothing should be that hard - life was hard enough as it was.

What I didn’t realise back then was that it wasn't about my weight - it was about my spirit. My light had gone out, and although I hated what I saw in the mirror, it was the least of my worries.

Eventually I had an epiphany and realised that the answer to my problems didn’t lie in a church hall on a Thursday night. It involved creating a mindset which enabled me to feel worthy of a healthy body in the first place. After a period of huge change, I felt brave enough to join a gym, and it switched something in me. Giving my identify and self-worth a positive jolt opened many more doors and I adopted a new way of eating – intermittent fasting. Although there's a depressingly familiar marketing creep around it now, it's actually very simple, free and doesn't involve being weighed like a cow at a country fair.

I still have hang ups about food - I always will - but I’ve found a formula that works for me 80% of the time. I'm not ‘slim’ and I doubt I ever will be, but I feel and look infinitely more healthy than I did for years and a little fluctuation in my weight is ok. I know that if I stay calm and continue with my routine, I’ll be just fine.

Anything to avoid going back to that circle.


Claire is on facebook and Instagram as @my40pluslife.me
Also by Claire Kenny...
This Week Our 40 Plus Blogger Claire Kenny Tried A Workout With A Difference.“The Emotionally-Charged Standing Ovation For Rob Burrow Was A Privilege I’ll Never Ever Forget.”Orange Is The New BlackOur 40+ Blogger, Her Greyhound Ozzy And A Radio StudioA Brilliantly British Bank Holiday