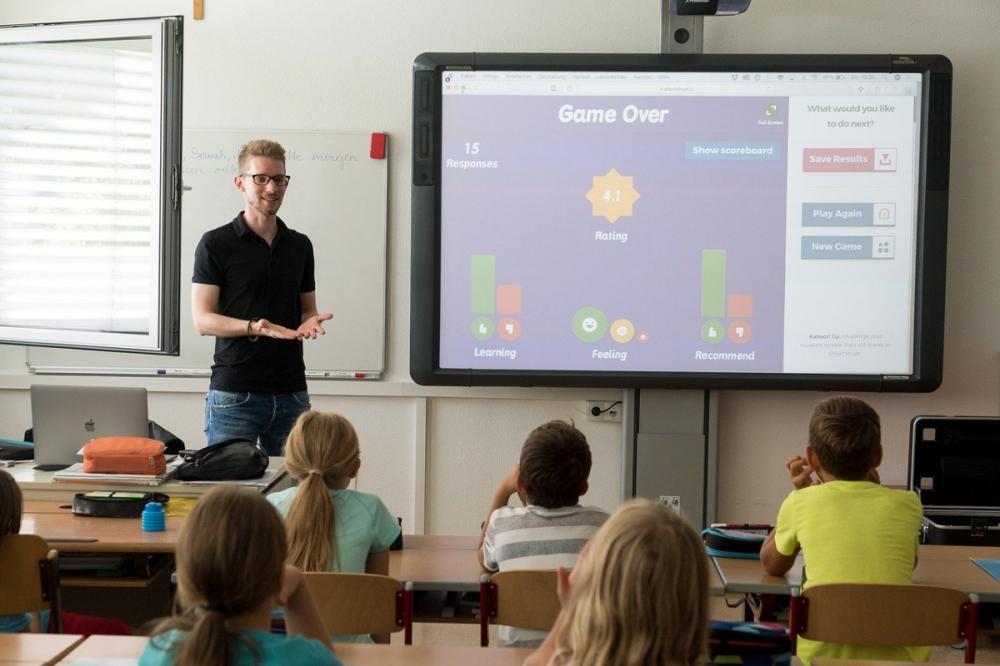 Teaching has been voted one of the most respected careers in the North East, according to education charity, Teach First. The charity recruits, trains and places trainee teachers in schools serving disadvantaged communities.

As part of a national poll carried out by broadcast specialist Markettiers, four in ten (41%) of those surveyed in the North East voted teachers as one of the most respect careers, alongside doctors (67%).

The charity also reveals a third (30%) of people in the North East have thought about becoming a teacher – with a tenth (10%) saying the past year has encouraged them to think about it.

“We can’t deny the vital role teachers across the country have played in helping young people through, and now recover from, the pandemic.
Four in ten (42%) of those in the North East agree that people underestimate how much impact a teacher can have on someone’s childhood, while almost half (48%) believe that teachers shape the future generation in wider society. Over a quarter (26%) believe that their favourite teacher had a positive impact on their life.

With many joining the profession during the Covid-19 pandemic, Teach First trainee teachers are playing a key role in helping their schools support communities that have faced incredible disadvantage and uncertainty due to the pandemic. The poll is further evidence of the importance of teaching as a career, with teachers playing an essential role in the futures of young people to ensure they can maximise their potential.

The pandemic seems to be changing the public’s perceptions on teachers’ impacts, with over a quarter (28%) of those in the North East saying that the pandemic made them rethink how important teachers are to their local community, by stating that they have been vital to their local area. Four in ten (42%) also agreed that teachers aren’t given enough credit for the work they do.

Alongside this, three in ten (37%) of people in the North East also feel that teachers in their local community need to be given being given more time to support their pupils, while almost a quarter (24%) think they should be paid more, and that schools in their local areas need better learning resources (31%). As part of their school recovery manifesto, Teach First is calling for more support through a significant increase in funding for schools serving disadvantaged communities over the next five years, to address growing inequality in education.

Encouraging the general public to think of the positive impacts of teachers, when asked their favourite teacher of TV and film, the North East voted Matilda’s Miss Honey, closely followed by Karate Kid’s Mr Miyagi first, and Julie Andrews’ Maria in The Sound of Music. The North East favoured the fictional teachers’ communication skills (24%), ability to think on their feet (24%) and patience (22%). It seems that they valued the same qualities in real teachers of today, citing patience (62%), communication (49%) and ability to think on their feet (33%) as the attributes that real teachers display.


Toby Henniker-Heaton, who completed the Teach First programme in 2020 and is now a year 4 teacher at Westgate Hill Primary Academy in Tyne & Wear, said:
“A powerful depiction of the impacts of teachers would have to Robin William’s character in Good Will Hunting. The connection he has with his student really highlights how positive relationships can help get the best out of students.

“I started to develop my own positive connections when working in summer camps during university, which got me thinking about teaching. Having completed my training with Teach First last year, I see the benefits of these connections every day, especially with harder to reach pupils.

“We have a high population of English as an Additional Language (EAL) pupils at my school and a Romanian boy in my previous year 2 class really struggled. While teary and quiet at first I slowly saw his confidence grow the more positive reinforcement I’d give him. He went from not being able to write a sentence in English to writing half a page. He’s now in year five and even helps me translate for the Romanian children in my class now. It’s so brilliant to see him doing so well.”

Dr Helen O’Connor, Head of Programme Support at Teach First, said:
“We can’t deny the vital role teachers across the country have played in helping young people through, and now recover from, the pandemic. We’re proud to work closely with schools who need great teachers the most, ensuring they’re well equipped, feel supported and able to thrive in their roles.

“Teaching is a profession with rewards like no other, and while it comes with its challenges, we know that the satisfaction and fulfilment of unlocking the potential in young people truly lasts a lifetime. Even more importantly, for the young people they support, a great teacher can change their life.”