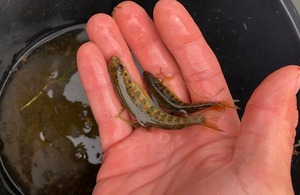 Fish including salmon and minnow were rescued
Over recent weeks the Environment Agency has been developing an incident response plan following evidence the River Coquet was likely to ‘avulse’ into the Barrow Burn at Alwinton.

An avulsion is a natural process which happens when a river diverts from an established channel into a new permanent course. The switch of the Coquet into the Barrow Burn left a 300-metre stretch of the main river depleted of water and around 1,300 fish stranded. 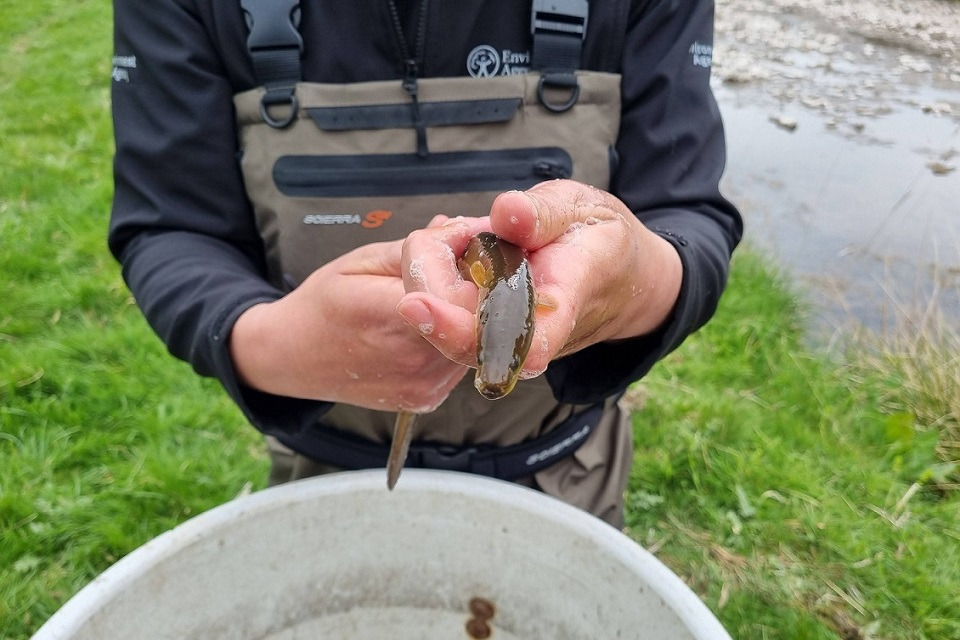 One of the rescued eels
Environment Agency fisheries specialists relocated fish in the cut off stretch – including salmon, lamprey, eel and minnow – back into the main river to ensure their survival. Some of the rescued fish were juvenile salmon and sea trout smolts on their migration to the sea, as well as younger fish of both species. 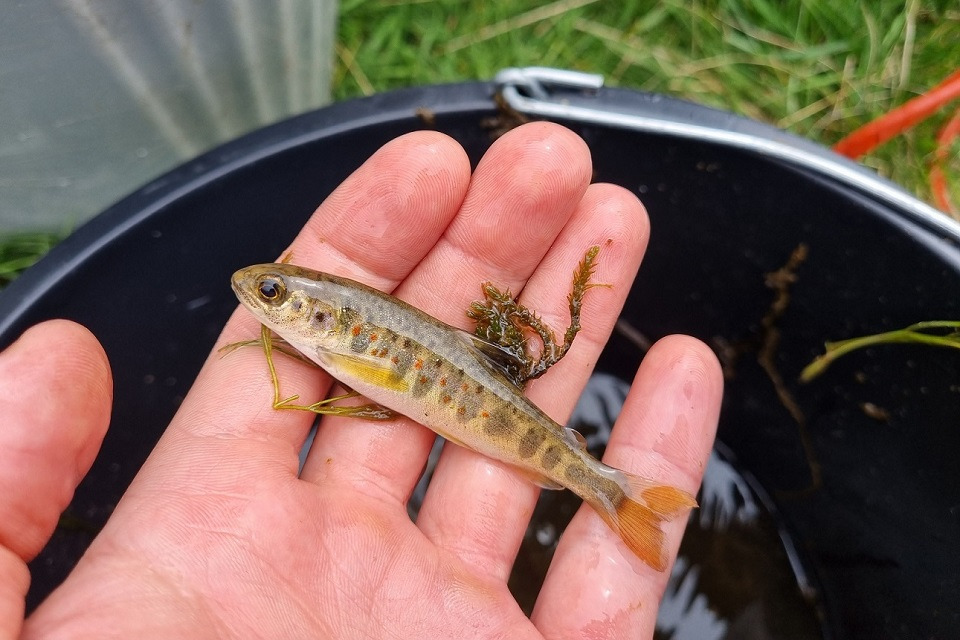 One of the rescued young salmon
The Environment Agency has been working with partners to prepare for the natural phenomenon, including Natural England, local tenant farmers, and ecologists for the Defence Infrastructure Organisation (DIO), which provides ecological advice to the Ministry of Defence (MOD) and which originally reported the issue to the Environment Agency. The MOD owns land in the area.

Coquet is a ‘dynamic, wandering river’.


The Environment Agency’s Alastair Laverty, a geomorphology expert, said:
"The River Coquet between Thropton and Alwinton is a dynamic, wandering river, which maintains good connection to its floodplain and is still largely unmodified - a rarity for a river of this size in England. The switching of channels and the creation of new channels within the floodplain is an entirely normal occurrence.

"Once we were aware of the potential for the river to move course, we began developing an incident response plan to reduce any impact on communities, the environment and wildlife, and as part of our response on the ground more than 1,000 fish were rescued.

"The River Coquet is a Site of Special Scientific Interest (SSSI) and we are committed to retaining and restoring this complex and dynamic river to ensure it remains a good habitat for wildlife."

In March last year, the river set a new course through Caistron Lakes near Rothbury following a period of heavy rainfall. The Environment Agency and partners activated an incident response plan to reduce flood risk to the community and protect the environment.