Sales Of Insecticides Surge As Deadly Caterpillars Spotted In UK 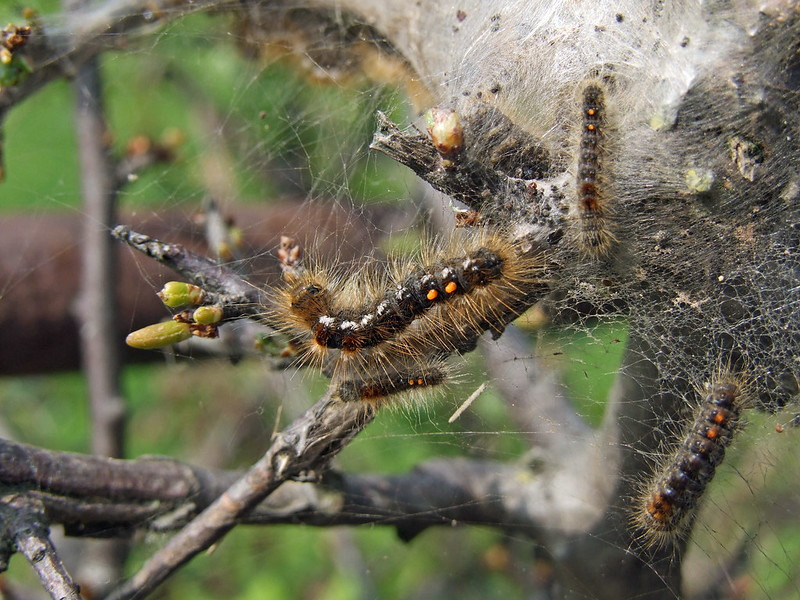 Brown-tail moth caterpillars - credit Philip Goddard
Sales of insecticides have surged by almost 1,000% this week, latest data has revealed, as green-fingered Brits rush to protect their gardens and pet pooches from a species of toxic caterpillar that has been spotted across the country in recent weeks.

The staggering sales follow reports that brown-tail moth caterpillars, which are potentially poisonous to humans and dogs, have been clocked by concerned horticulturalists in areas of Dorset and Essex.

The pesky insects feed on shrubbery, causing trees and bushes to lose their leaves, and their hairs can cause skin irritation and potential breathing problems in humans.

But brown-tail moth caterpillars are most dangerous when ingested by dogs, triggering a variety of potentially deadly problems such as digestive issues and lesions.

Savvy Brits, desperate to protect themselves, their pets, and gardens, have been rushing to purchase caterpillar insecticides at unprecedented rates, with sales figures from OnBuy showing a gigantic 995% increase.

“The increase coincides with media reports that toxic Brown-tail moth caterpillars have been spotted in several areas of the country.

“Brits have responded by rushing to purchase caterpillar insecticides - after all, it pays to be prepared.”

A native species to the UK, the caterpillars are usually found in Southern England, Wales, and some northern regions.

The insects emerge in springtime, and their numbers increase as summertime approaches.

Brown-tail moth caterpillars can be found in communal ‘tents’; spider-web like structures which serve as a nest for larvae during winter and also shelter during bad weather.


Liam Tickner, added:
“As we progress into spring and summertime, it is not just Brown-tail moth caterpillars that gardeners and pet owners have to be concerned about

“A whole host of bugs and creepy crawlies are set to invade our gardens. While this is not necessarily a bad thing, as bugs are an integral part of local ecosystems, it is important to manage the potential problem carefully.

“At OnBuy, we sell a whole host of products which can aid green-thumbed individuals - such as insecticides, gardening tools, plants, seeds, and bulbs.”