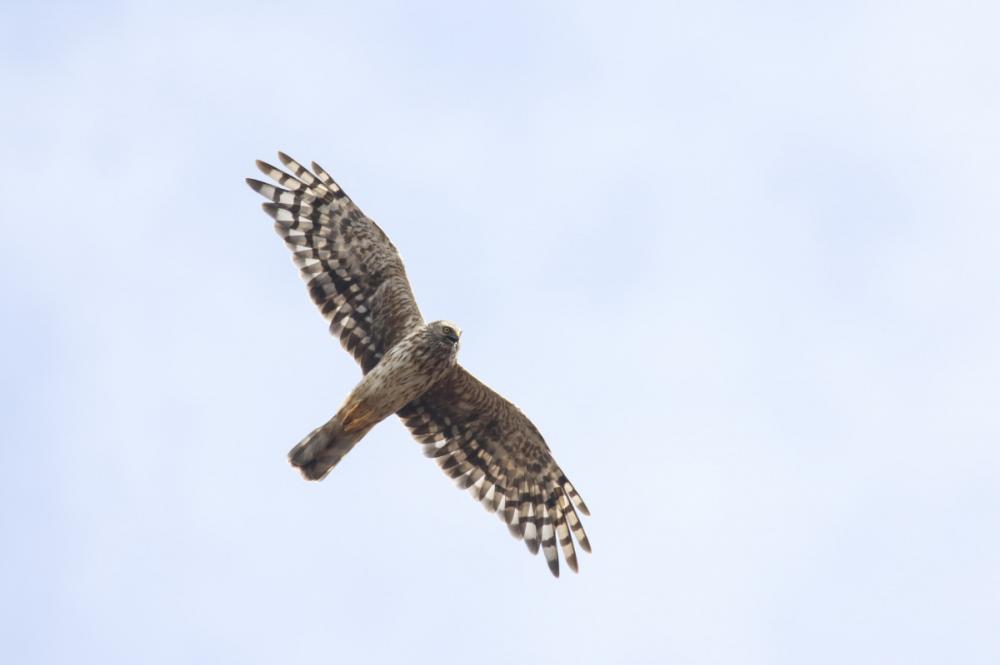 Hen harrier, in flight over Geltsdale. Credit: Mark Thomas (rspb-images.com)
Last month saw the return of hen harriers to the RSPB’s reserve at Geltsdale in Cumbria. The bird of prey, which is listed as one of the UK's most threatened species, was spotted by staff and volunteers on several occasions in April and early May.

Hen harriers could at one time be found breeding across much of upland and lowland Britain, including Cumbria, until raptor persecution saw the species driven close to extinction in England by the 1830s, before the practice was made illegal in 1954.

As recently as five years ago, there were only a handful of breeding pairs left in the English uplands. However, last year they had their most successful season in several decades, with 31 breeding attempts reported, of which 24 were successful.

Despite this success, breeding hen harriers remain rare in England. Illegal killings, linked to intensive land management in support of driven grouse shooting, is the main factor limiting the numbers of this ground nesting bird.

At Geltsdale, RSPB staff and volunteers have been working to restore the landscape since taking on the full management of the reserve in 2001, in order to create a better home for species like hen harrier to breed, fledge and hunt.