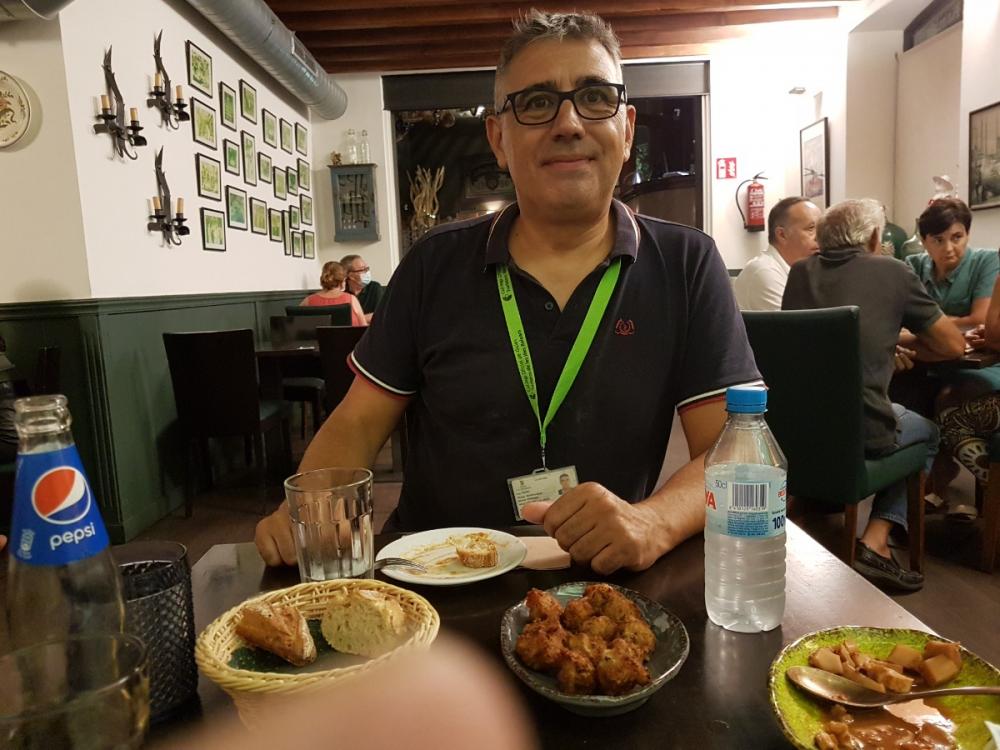 Pedro Oliver may have a typically Spanish first name but, when he tells you that he acquired most of his English in the UK – more specifically Bradford and Brighton – somehow you know you are about to hear a tale of two cities over tapas in the balmy splendour of Mallorca’s capital, Palma.

And so began my 72-hour love affair with the largest of the four Balearic Islands, a destination guaranteed to turn even the pastiest skin into a gentler shade of pink, thanks to year-round temperatures that would put most cooler climes to shame. 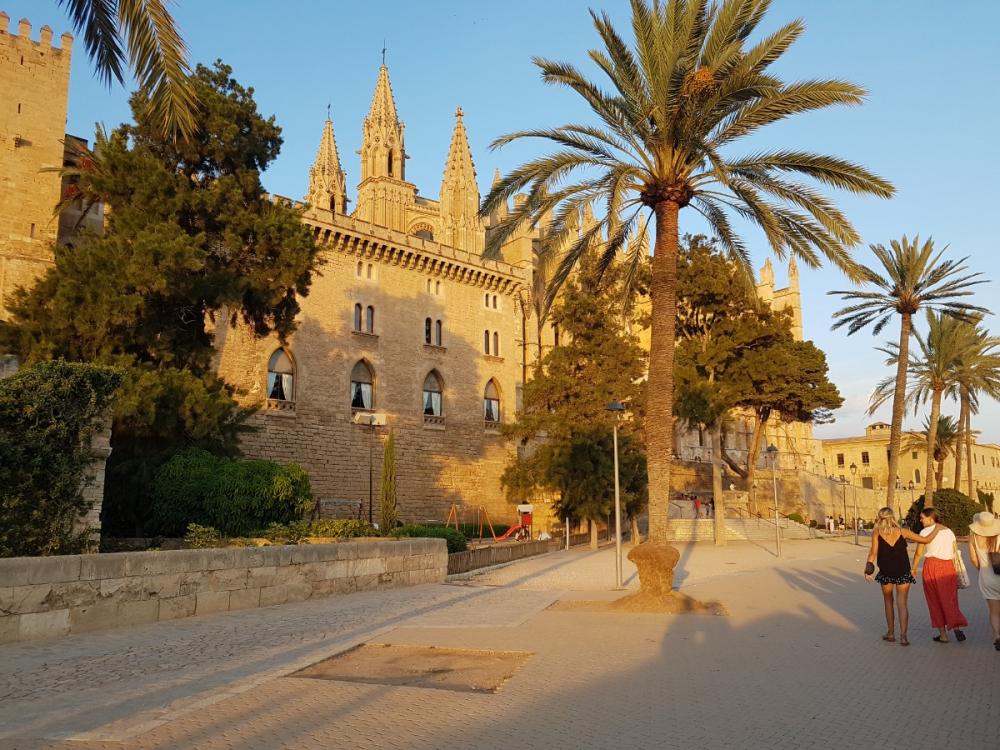 It was 6pm when the text arrived. It read: ‘I am outside, I have just parked in front of the hotel.’ I was sitting in reception at the Ca N’Alexandre on Plaza Alexandre Jaume, awaiting the arrival of my tapas tour guide for the evening, Pedro, at that point just a photo on my WhatsApp download.

Suddenly remembering that I had forgotten my facemask, I hurriedly shot back to my room, grabbed my 30 for £3 blue face covering and hurriedly deposited myself next to a beaming Pedro.

He hesitated slightly before offering me a handshake, probably fearing the possibility a Covid-style verbal lashing. Seconds later we were on our way, driving through the city’s busy streets and down the main thoroughfare of La Rambla until we pulled up with a jolt. 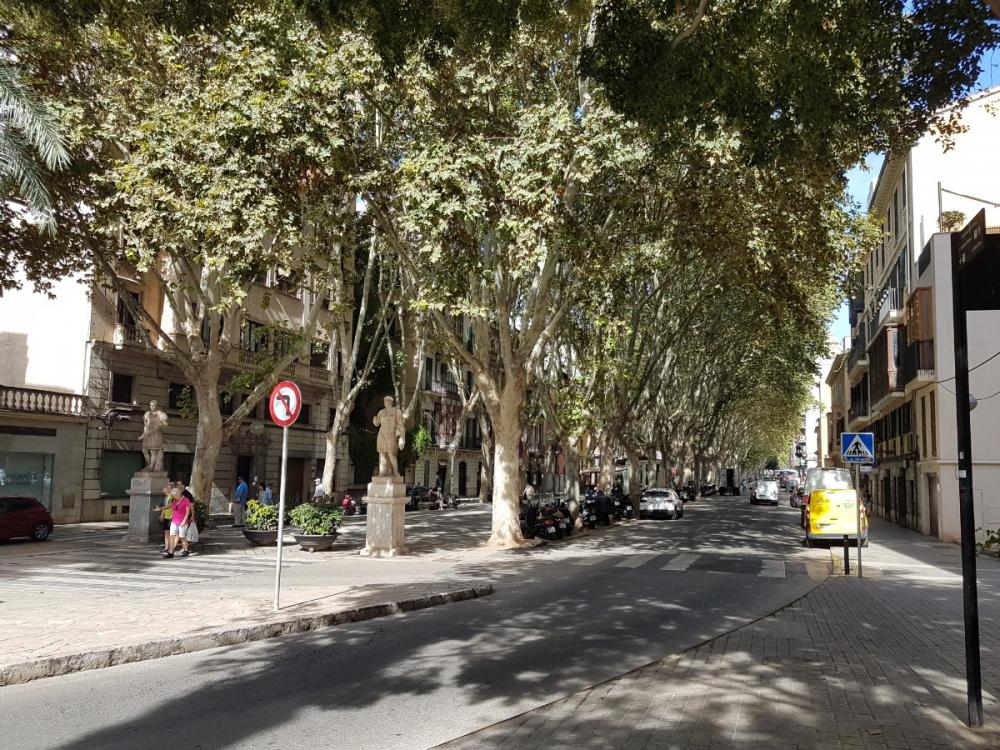 The objective of the evening was to show me some true Mallorcan hospitality, courtesy of a couple of authentic bars: the type used by locals.

However, Pedro, a resident of Palma for 25 years and a married father of two who works for www.toursbylocals.com, the online platform connecting travellers with local guides worldwide, was slightly preoccupied with things of a more practical nature: his 13 year old son was experiencing the ‘terrible teens’ and had spent the last hour or two grunting at his parents!

“But that’s ok,” he said, “my daughter Esther is younger, an angel and has promised she’ll never be like that. We’ll see!” he joked.

Pedro,52, was the ultimate host and was quickly in the swing, telling me about his homeland with immense pride, and intermittently peppering his tales of Palma with anecdotes of Bradford and Brighton, where he had once worked in the Grand Hotel.

“I began studying tourism in Palma but, after failing my modules in German and English, resolved to improve my language skills.”

That resolve took him to the world curry capital of Bradford, West Yorkshire, where he spent three months working in a local restaurant, before making his way to the south coast. “Bradford was so dark and wet that I could only stand it for three months!” he confessed, “but I did lots of recipe swapping with the head chef so we had a great time.”

The subject changed as quickly as the weather might in Windermere.

“You will like this, try it,” he added seamlessly, popping something into his own mouth. 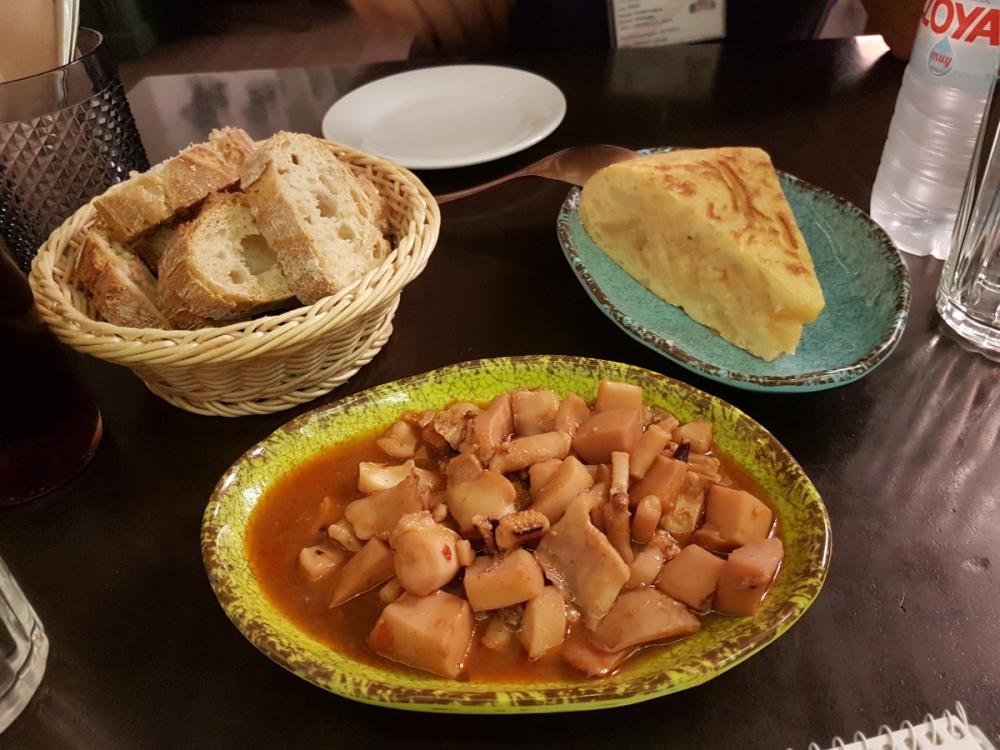 We were now in Bodega La Rambla where a plate of squid along with octopus meatballs, Spanish omelette and calamari had arrived at our table. The service was excellent: then again Pedro had gone to school with the receptionist’s brother!

The bar was busy but no one paid us any attention and after a beer or two and more than enough tapas to satisfy the hungriest of Spaniards, we departed. “Come on,” said Pedro, “we will find another bar and try something else.” And off we went.

Palma is a beautiful city with its amazing Gothic Cathedral 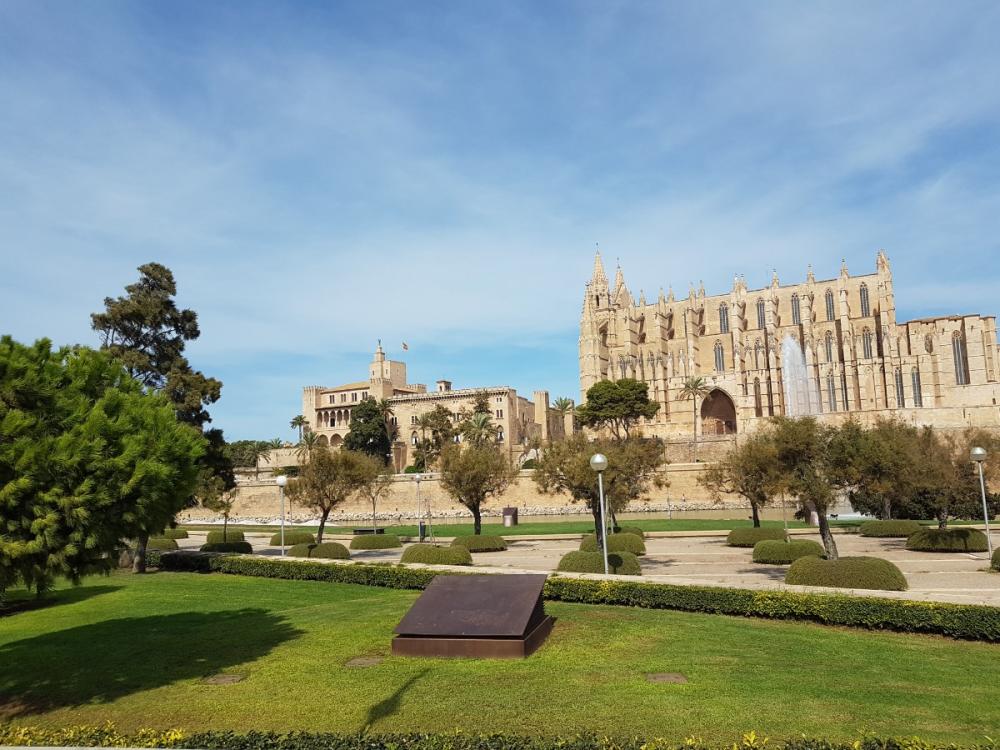 ...almost 400 years in the making - and its adjacent Royal Palace of La Almudaina, both benefitting from breath-taking views across the ocean and each just minutes from the island capital’s spectacular harbour where the idle rich periodically berth their super yachts.

By now we were walking through another part of old Palma when Pedro began chatting with the coolest cat in town,Giovanni Lasagna, the owner of the ‘world’s only ice-cream museum’ aka, Giovanni L’s ice-cream outlet just off Placa Cort and within sight of the city’s 500 year-old olive tree.

“This guy is amazing,” said Pedro, gesturing at a grinning Giovanni who was sporting a baseball cap. There were a couple of ancient looking ice-cream making contraptions on one side of the shop, along with old family photos and a groaning trophy shelf: just about enough to all it a ‘museum’!

“This is the first ice-cream museum in the world,” he boasted proudly before offering me a spoon full of red sausage ice cream – along with a raft of other amazing and unique flavours – before revealing that his ‘olive oil’ version would soon reach the market! 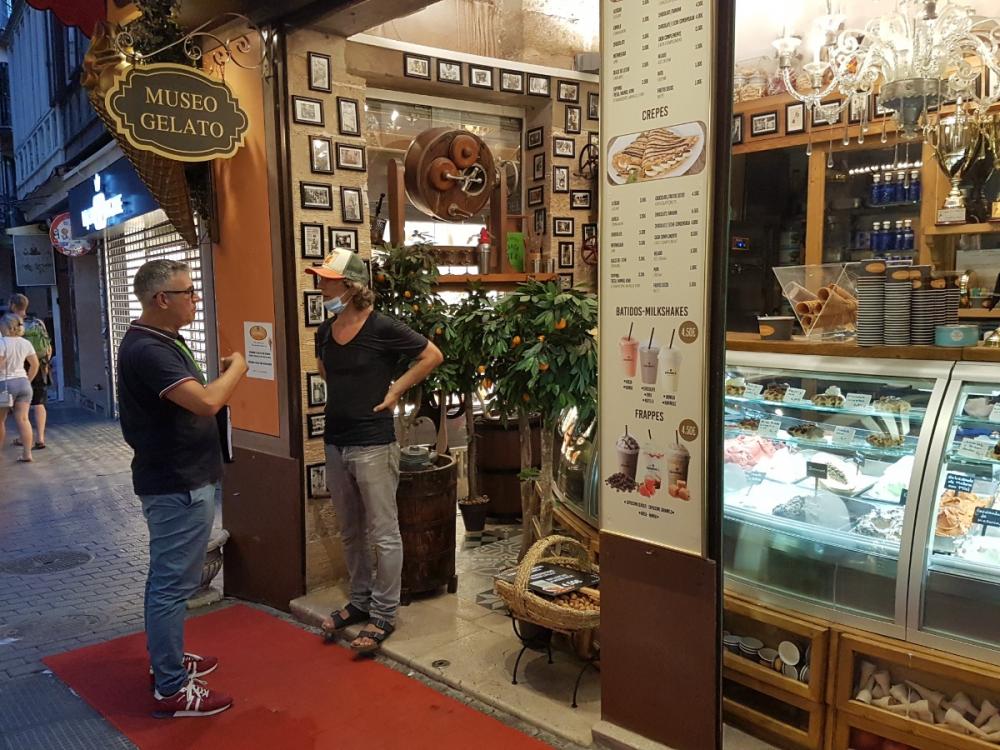 Further down the road I resisted the temptation to buy an Ensaimada, the local Mallorcan cake, tasty beyond belief but guaranteed to pile on the pounds if you eat too much. “It has pig fat in it,” said Pedro, gesturing his belly as if to say, ‘too much and you will pile on the pounds!’

Pedro was a bright guy. He’d studied tourism, could speak good English – and German – but, by retaining his enthusiasm for the island he now called home, was able to show you something that anyone other than a local, would most probably miss.

The Monasterio de Santa Clara is still run by a closed order of nuns. However, not averse to taking advantage of the opportunities offered by Mallorca’s 12.5m tourists each year, the sisters still sell an array of food and drink courtesy of a revolving turntable, which enables them to take cash and sell vittles without actually ever seeing anyone! 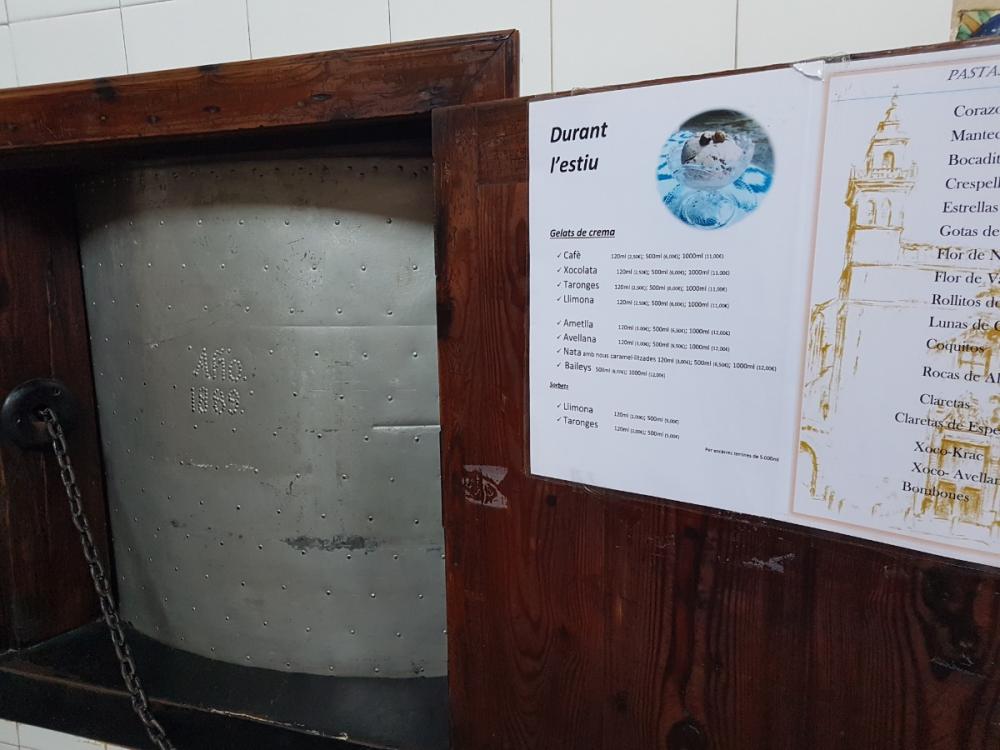 The Palma ham and tiny bite-sized breadsticks served by our second tapas stop, Vermuteria La Rosa on Carrer De La Rosa, was excellent. There was a noisy hum in the venue that only a group of Latins could make and the constant buzz of activity could easily have been mistaken for a bee hive. 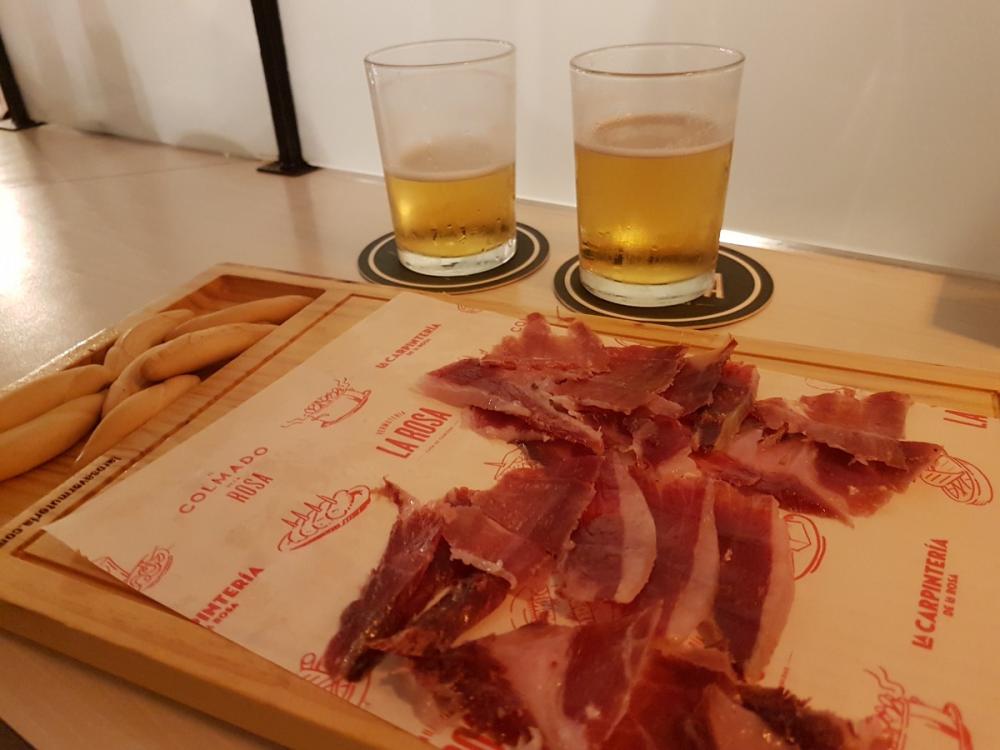 But, sustained once more, this charming eatery gave us enough energy for our final push, a stroll round the vicinity to take in the main town square, Placa Major,...as well as the colourful Babel Bookshop, said to be one of the best in Mallorca and a place where you can enjoy a coffee in the sunshine before deciding what to buy.
During my stay in Palma I also took full advantage of the hop on hop off bus service which can be found in many big cities across the world and, however, ‘touristy’ cynics might brand them, they are still an excellent way of not only viewing the city – I recommend a full circuit before getting off anywhere - they also enable you to enjoy those attractions further away from the main centre such as Bellver Castle, a well-preserved 14th century royal fortress set against a backdrop of pine woods with spectacular arial views of the city, or, indeed, the contemporary art museum: Museu D’Es Baluard. 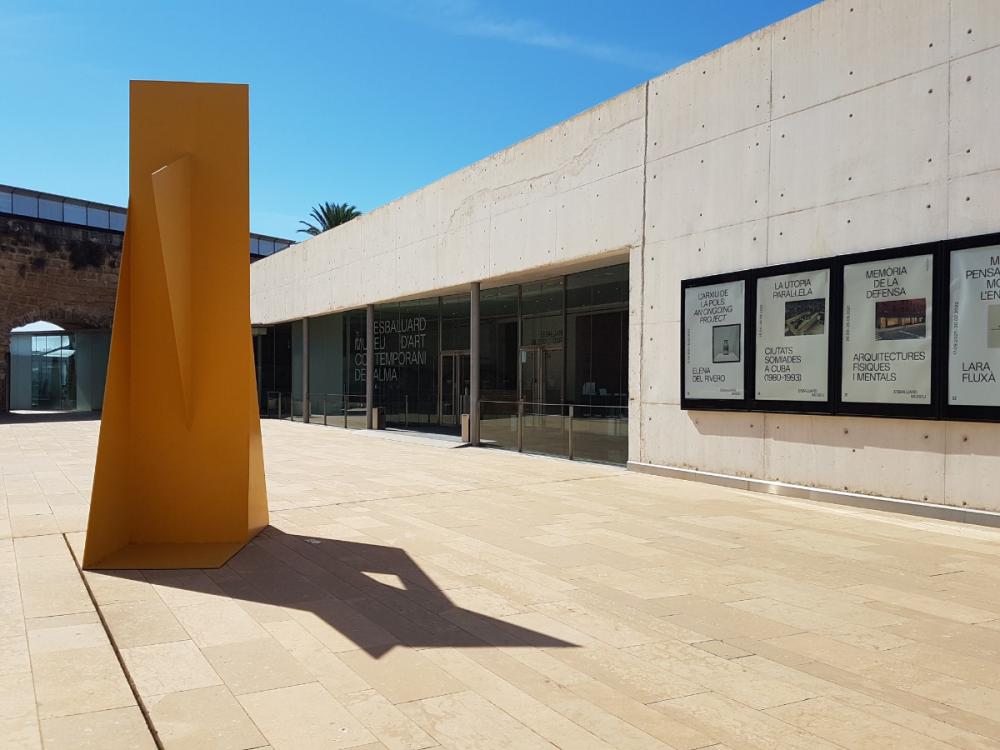 And La Paloma restaurant in the heart of La Lonja made me feel welcome with its mouth watering take on Palma cuisine, seducing my stomach until it could be seduced no more!

However, this time, my overriding memory of Palma will be of Pedro my ‘local guide’. Our time together was so wonderfully personal: within four hours he felt like an old friend.

“I studied with one of the best looking girls there was in Brighton University but we just remained friends and I ended up marrying a Danish girl who also works in hotel marketing here on the island.

“These days life is good but I loved my time in England, Bradford, Brighton and the fish and chip shop where I improved my language skills!

“It has been great meeting you Phil. Call me if you have ANY problems.” Then he was gone quicker than the night but I had befriended a local and no longer felt like a stranger in Palma.