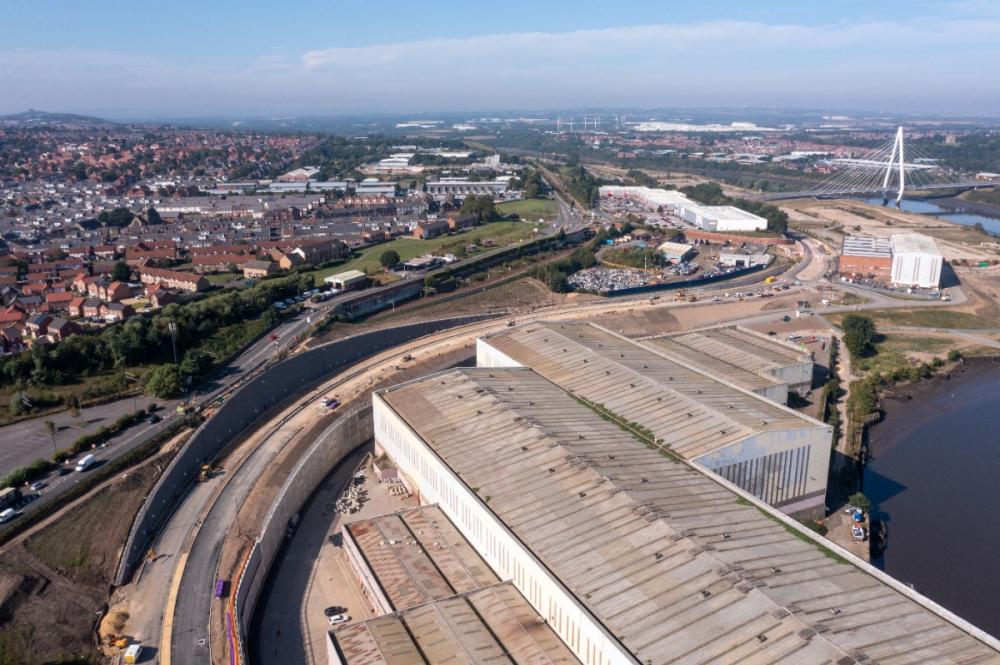 Work on Phase 3 of the Sunderland Strategic Transport Corridor (SSTC3) has resulted in £26m being invested into the local economy through responsible procurement of local suppliers and sub-contractors.

The new dual carriageway - delivered by Esh Construction in partnership with Sunderland City Council – is due to open this year and will create a continuous link between the Northern Spire bridge, the city centre, and Riverside Sunderland.

Over 60% of the total scheme procurement cost has been re-invested locally, specifically £8 million in Sunderland and £18 million in the surrounding local area made up of Tyne & Wear, Durham, and Northumberland.

Deputy Leader of Sunderland City Council and Cabinet Member for Environment and Transport, Councillor Claire Rowntree said: “The new dual-carriageway is about unlocking even more of our city’s potential as it improves connectivity and opens up new development opportunities. We’re into the very final stages of the project now and in coming weeks we’ll be confirming and announcing when and how the new route opens to the public.

“When the City Council and its partners invest in Sunderland we really do mean this as we look to maximise opportunities for local companies and jobs through the supply chain. 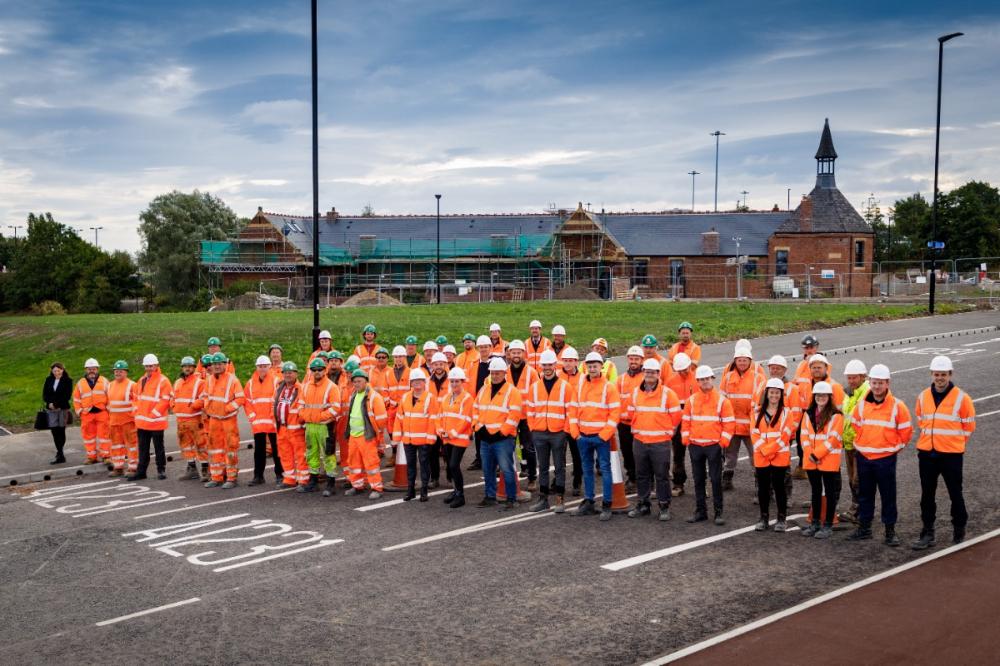 “We work very closely with suppliers to keep spend in and around Sunderland as much as we possibly can. I think we can be proud of how we’ve kept the new route ‘local’ with £26 million of supplies and helped create new jobs.

The project has now surpassed a staggering three-quarters of a million hours worked on site with 98% of workers from the North East, and more than half being Sunderland residents. A total of 32 new local jobs have been created, with over one-third of the new starters now permanently employed by Esh to work across schemes beyond the completion of SSTC3.

Esh Construction Project Director, Steve Garrigan – a Sunderland resident himself – has led the project from the first day back in 2019. He said: “We are delighted to be nearing completion of this major infrastructure scheme in Sunderland, and ultimately our flagship project. The new dual carriageway will provide a much more efficient route from the west into the city centre, and for Esh as a local contractor to deliver the scheme and do so alongside a local supply chain and a local workforce, is something we are very proud of.

“The majority of the project has been delivered throughout the pandemic and the progress we have made on site is a huge testament to the hard work and dedication of everyone involved.”

The £42.5m scheme – procured via the North East Procurement Organisation (NEPO) – forms part of the City Council’s investment to relieve congestion, improve business links, and connect communities. Once open, the new corridor will connect the west of the city and the region’s key industrial sites to the city centre, as well as Riverside Sunderland, the 32-hectare site in the heart of the city being transformed into a dynamic, carbon-neutral urban quarter.