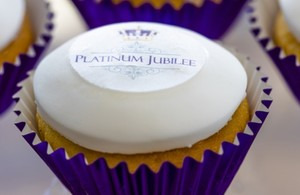 On Monday 25 April, Parliament passed an order to extend licensing hours in pubs, clubs and bars across England and Wales from 11pm to 1am to mark Her Majesty the Queen’s Platinum Jubilee. The extension will cover Thursday 2 June to Saturday 4 June, providing the opportunity for people to continue their celebrations of this historic milestone over the bank holiday,

The Home Secretary, under Section 172 of the Licensing Act 2003, can make an order relaxing licensing hours to mark occasions of “exceptional national significance”. The Platinum Jubilee is an historic national occasion, and the licensing hours extension will coincide with the extended bank holiday.


Home Secretary, Priti Patel, said:
"For 70 years Her Majesty The Queen has served the UK and the Commonwealth with the utmost dignity, steadfastness and resolve.

"The Platinum Jubilee is a truly historic national occasion, which will see families, friends and communities across the country come together to celebrate this unprecedented landmark in a remarkable reign.

"Over the extended bank holiday weekend, we will be able to raise a glass to toast Her Majesty’s incredible service to our country, while also providing a boost to the hospitality industry after a challenging couple of years."

Following a public consultation, the government agreed with the majority of respondents that the order should not extend to premises which sell alcohol for consumption off the premises, such as off-licences and supermarkets.

The consultation also received support from the National Police Chiefs’ Council and National Association of Licensing and Enforcement Officers.
More in this series...
Music At The JubileePlatinum Jubilee: Celebrate With The Queen’s Favourite FragranceQueen’s Property Portfolio Worth £3.7bnHappy And Glorious!The Queen And Her CarsRoyal Family's Favourite Games To Play During The Jubilee CelebrationsPlatinum Jubilee Coronation ChickenThe Queen's Dogs Over The Years3 Patriotic Cocktails To Celebrate The Platinum JubileePlatinum Jubilee Celebrations Around The WorldThe Jubilee WeekendRoyals On Rails At The National Railway MuseumVisit The World's Smallest Jubilee PartyQueen's Jubilee: How To Celebrate 70 Years SustainablyCan You Spot The Crown In This Jubilee-Themed Brainteaser?6p Pints Up For Grabs At Greene King Local Pubs8 Cake Portraits Of The Queen To Celebrate The Platinum JubileeIt's Jubilee Weekend Next Week Let's Raise A Glass Of FizzThe Union Jack Jubilee Brainteaser That 65% Of People Are Giving Up OnInsuring Your Jubilee Street Party