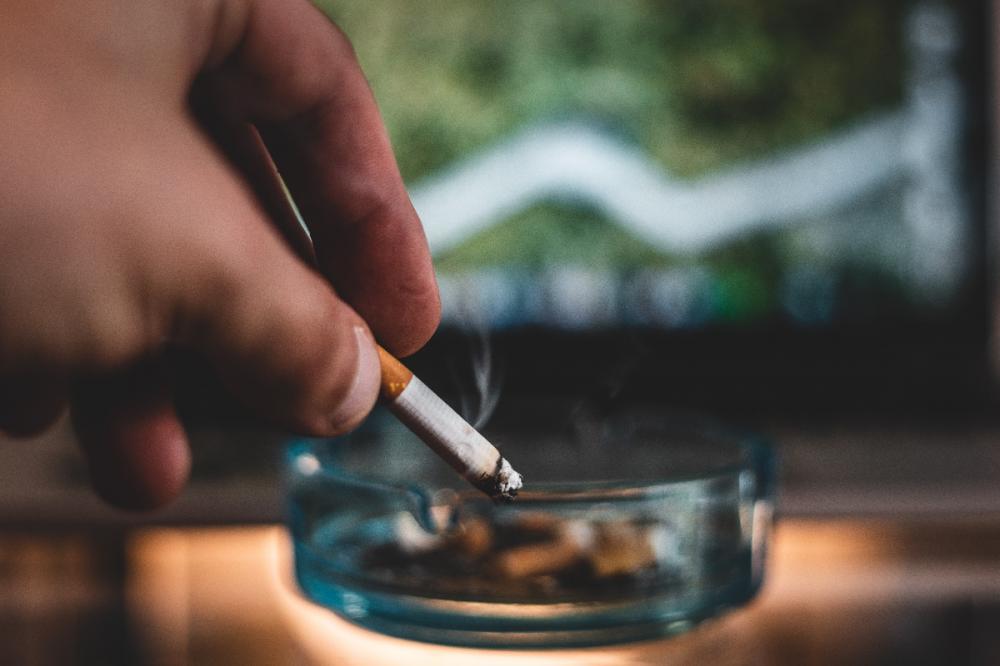 Photo by Jonathan Kemper on Unsplash
A new review has been published setting out a raft of recommendations to support the government to meet its smokefree ambition by 2030 and tackle health disparities to level up the health of the nation.

Tackling tobacco use and supporting smokers to quit would help prevent 15 types of cancers – including lung cancer, throat cancer and acute myeloid leukaemia – a key objective of the NHS Long Term Plan. Recent data shows 1 in 4 deaths from all cancers were estimated to be from smoking.

The independent review found smoking causes a disproportionate burden on the most disadvantaged families and communities – at its most extreme, smoking prevalence is 4.5 times higher in Burnley than in Exeter.


In an attempt to protect the population from the harms of smoking, the four key interventions highlighted by Dr Khan in the review are:

Increased investment of an additional £125 million per year in smokefree 2030 policies, with an extra £70 million per year ringfenced for stop smoking services
Raising the age of sale from 18 by one year every year, until eventually no one can buy a tobacco product in this country
Promotion of vapes as an effective “swap to stop” tool to help people quit smoking
Improving prevention in the NHS so smokers are offered advice and support to quit at every interaction they have with health services

Other interventions recommended in the report include a tobacco licence for retailers to limit the availability of tobacco across the country; a rethink of the way cigarette sticks and packets look to reduce their appeal; and a mass media campaign to encourage smokers to quit.


Leader of the independent review into smoking, Dr Javed Khan OBE, said:
"In this review I have looked at our current smokefree initiatives, along with the very best practice from around the world. I would like to thank the many valued voices that have made key contributions towards shaping this bold and ambitious report.

"Without immediate and sustained action, England will miss the smokefree target by many years and most likely decades.

"A smokefree society should be a social norm – but to achieve this, we must do more to stop people taking up smoking, help those who already smoke and support those who are disproportionately impacted by smoking. My holistic set of recommendations for government will deliver this, whilst saving lives, saving money and addressing the health disparities associated with smoking.

"My proposals are not just a plan for this government, but successive governments too. To truly achieve a smokefree society in our great country, we need to commit to making smoking obsolete, once and for all.

"It was a privilege to work on this review and get the opportunity to improve the health of people across the country, and I look forward to seeing the government’s response."

The report highlights that although the government has made substantial long-term progress in reducing smoking rates to their lowest ever level, due to measures such as the ban on smoking indoors, tobacco is still one of the largest drivers of health disparities.

During the Covid pandemic, the proportion of young adults aged 18 to 24 that smoke rose from 1 in 4 to 1 in 3.

Nearly 1 in 10 pregnant women smoke at the time of giving birth, which increases the risk of stillbirth, miscarriage and sudden infant death syndrome.


Chief Executive of Action on Smoking and Health (ASH) Deborah Arnott said:
"Javed Khan’s report sets out an ambitious vision, combining a call on government to increase investment in tobacco control with tougher regulations, both of which are essential to achieve a smokefree 2030.

"This is what the public wants too – research by YouGov commissioned by ASH to provide evidence for the review shows a substantial majority support stronger government interventions to tackle smoking. Twelve billion pounds pours out of smokers’ pockets each year exacerbating the cost of living crisis in our poorest communities. Only by making smoking obsolete can the government deliver on its levelling up mission for health and wellbeing."

The Health and Social Care Secretary has committed to make England a world leader in cancer care to radically improve outcomes for cancer patients, with a focus on prevention through promoting good public health.


By addressing lifestyle risk factors such as smoking and poor nutrition, we can ease pressure on the NHS so capacity is boosted to tackle the Covid backlogs and reduce waiting times.

The findings of the independent review led by Dr Javed Khan OBE will be considered and a response published as part of the government’s Health Disparities White Paper.


Commenting on the Khan review on smoking, Christopher Snowdon, Head of Lifestyle Economics at free market think tank the Institute of Economic Affairs, said:
"Mr Khan has managed to gather the most crackpot ideas from the fringes of nanny state extremism and compiled them in a single document. The idea of raising the smoking age every year would mean treating the adults of the future as if they were children forever. In years to come, perhaps we will see furtive 40 year olds hanging around outside shops looking for 41 year olds to buy them cigarettes.

"Other bizarre proposals include painting cigarettes green, putting health warnings on individual sticks and banning people from smoking in their own home. He wants to ban films which show people using tobacco from being broadcast before 9pm and have warnings flash up on screen when they do.

"His plan to ban smoking in beer gardens will be the final nail in the coffin of the pub industry, while his idea of hiking the price of cigarettes by 30 per cent overnight will be warmly welcomed by Britain’s tobacco smugglers who are already doing a roaring trade.

"It is easy to laugh at some of these proposals and Mr Khan should be thanked for providing some entertainment in these difficult times, but there is a non-trivial risk that a future government will be silly enough to implement them. Before filing this report in the bin, the government should make it clear that adults have the right to smoke and that efforts to reduce the smoking rate will not come at the expense of civil liberties."