If Johnson Is On Borrowed Time, When Do We Get Paid Back? 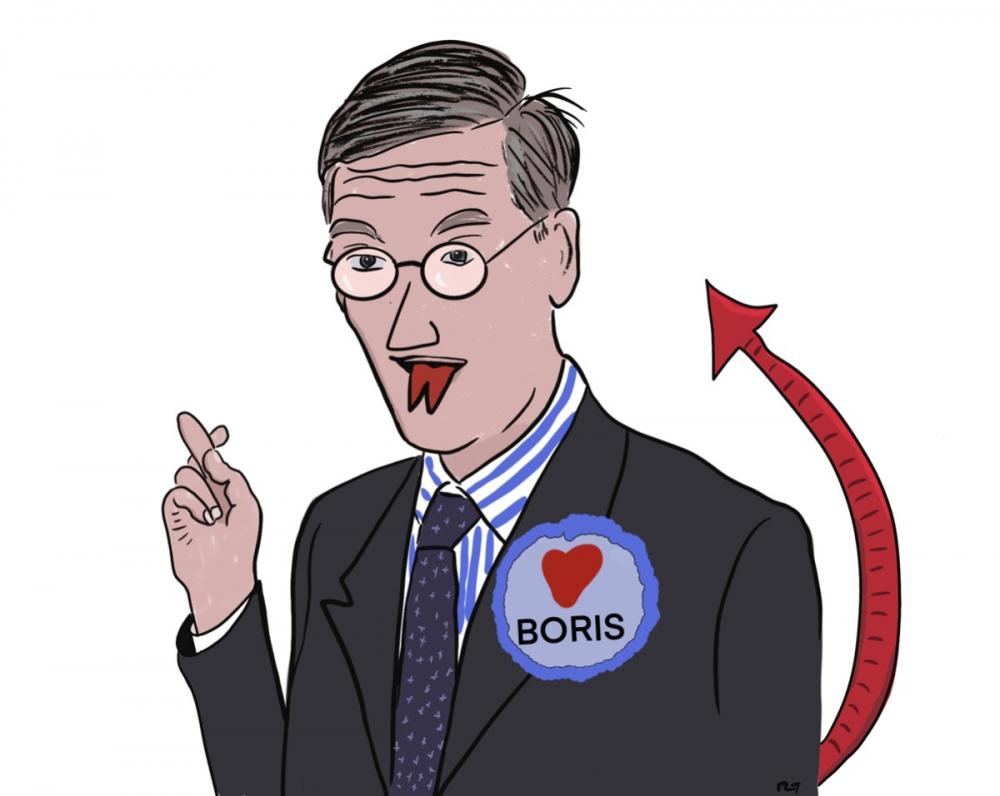 There is a narrative in the media that Boris Johnson is on “borrowed time”. Considering how long this has been going on now, you have to wonder: just how much has he borrowed? What’s the rate of interest? What’s the repayment schedule? Or perhaps he doesn’t realise he has borrowed it and thinks it has been donated - like his wallpaper and home furnishings - by one of his regular donors, or provided from a charitable trust.

Then again, with stories of peerages and knighthoods being proffered to Tory MPs who withdraw their letters of no-confidence, it looks more likely that Johnson hasn’t borrowed anything but has instead bought it.

I thought the Tory party was supposed to have a reputation for being ruthless with failing leaders. It doesn’t look like it from where I’m sitting. Look at just some of the recent listings on the charge sheet:
he has either told a string of lies in parliament (or has “inadvertently misled” them).
he has either persistently broken the law with multiple Covid parties during lockdown (or accidentally been in the wrong place at the wrong time).
he has repeated abhorrent smears about Keir Starmer that led to Starmer having to be rescued by the police from a mob.

But all this isn’t enough for a mere 15% of Tory MPs to put in their letters of no-confidence. What will it take for them to realise that it has all gone too far and remove Johnson from his job? Who knows? Probably their second job employer offering them more ‘consultancy’ money to do so.

Speaking of which, it has been another edifying spectacle to see a billionaire Tory donor plastered over the front pages, telling us that it’s the end of the road for Johnson. There’s nothing like the sight of the opinions of the mega-rich being given undue prominence, as though they ought to get special treatment because they’ve given lots of money to politicians. Makes you proud of our democracy, eh?

Meanwhile, Operation Rearrange Deckchairs continues, with new announcements emerging every day to try to keep Johnson in his job for a little longer. Amongst these, it was pleasing to see Jacob Rees-Mogg being given a new job as Minister for Brexit Opportunities, which means there has now been at least one job created by Brexit. Rees-Mogg has started his job well by penning an article for the Sun, asking readers to write in with any ideas they have for making Brexit a success. It’s been six years since the referendum: you’d think the government might have come up with something positive about it by now without having to ask for help.

And as part of a No. 10 “reboot” – have you tried turning it off and on again? – we were told that there would now be “grown-ups” in charge. That’s nice, because at the moment all we have is an overgrown toddler. Oh wait – we have to keep him, do we?

As a sign of how “grown-up” the new team was, Johnson’s new communications director, Guto Harri, gave an interview in which he said that Johnson is “not a complete clown”. Hm, now there’s a vote of confidence. I wonder who Harri would consider a complete clown. Pennywise? Maybe Johnson is still working on his balloon skills.

Harri went on to reveal that when he went into Johnson’s office for the first time, the two of them broke into an impromptu rendition of Gloria Gaynor’s I Will Survive. There you go: “grown-ups”.

Amongst all this grown-up entertainment, have you heard about the fantastic new satirist doing the interview circuit? She pretends to be a government minister, but played as though she’s a stroppy teenager being given a talking-to by the head of secondary. Other times she pretends that she’s been at the alcopops and is properly suitcased. What’s her name now? Oh yes: Nadine Dorries.

And presiding over this feast of entertainment is the ringmaster himself, Boris Johnson: The Greatest Shitshowman.

In a further effort to distract, the Conservatives have been saying that the British public are not interested in the ongoing scandals about Downing Street parties and that we should be more concerned about Russia and Ukraine. Yes, indeed, the man in the street talks of little else.

There has been talk of British soldiers having to get involved if Russia invaded. Apart from this being one of the two classic blunders – never get involved in a land war in Asia – there is another problem with this. Our military is too busy, since the government has already redeployed them over the last few months to drive HGVs, help out in hospitals, work on the vaccine rollout, patrol the channel, and drive petrol tankers.

Johnson has been trying to take a tough line with Russia, dispatching meritocracy’s Liz Truss to speak to them and telling Russia to “take a step back”. After that, they should take one step to the side, two steps forward, clap, twirl, toe strut, grapevine and repeat. The prosecco and cheeseboard are on the trestle table for afterwards.

And in another attempt to get the conversation to move on, Johnson has announced that he’s shortly going to scrap all the Covid rules that he and his chums were already ignoring and didn’t understand in the first place. With well over 200 Covid deaths still occurring every day – that’s more than when we were in lockdown – the government has given up even pretending that they are “following the science”. There have now been over 180,000 deaths with Covid listed on the death certificate. We’ve reached the realms where the numbers no longer seem to make any impression on Johnson and the government: “a single death is a tragedy; one million is a statistic”.

And it's the same with lockdown parties. It was a scandal when one Downing Street lockdown party was news; now we hear there was a seventeenth and it barely raises a ripple. It’s become a statistic to be ignored and forgotten. Time to “move on”. If Johnson really is on borrowed time, it doesn’t appear he has any intention of paying it back.


Also by Roger Winterbottom...
Implausible Deniability - Operation Save Big Dog May Need A Bigger Pooper ScooperIt's All Cummings Back To MeParty Favours Or A Gathering Storm For Johnson?When Is A Party Not A Party?Emily Elephant Is Perfectly Fine, But Is Everything Okay With The Prime Minister?