Emily Elephant Is Perfectly Fine, But Is Everything Okay With The Prime Minister? 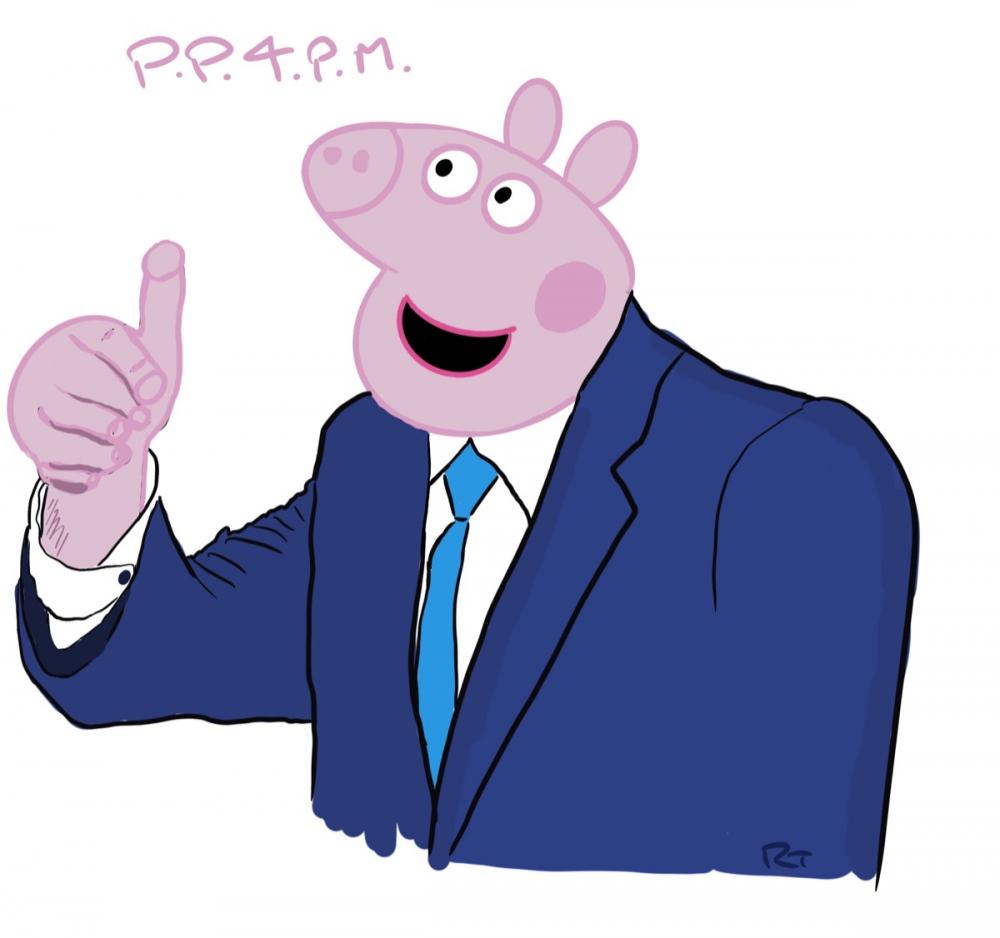 After the prime minister’s disastrous recent performance at a CBI conference, there was concern that he may be losing his grip. I’m not too worried about that - he never had a grip in the first place. The conference backdrop urged the delegates to ‘Seize the moment’, though it appeared Boris Johnson was unable even to seize a piece of paper. Apparently incapable of following the numbering system on his papers, he shuffled through them in vain, humbly asking those listening to “Forgive me…forgive me…forgive me.” If only he’d shown such contrition in the face of the enormous Covid death toll.

The highlight of the speech was the revelation that Johnson had made a visit to Peppa Pig World the day before. No doubt a Tory donor is settling the bill for the entrance fees now. Johnson was full of praise for Peppa Pig. Admittedly, he’s not the first Tory leader to have a predilection for pigs, though at least this one is animated.

Johnson went on to comment that “no Whitehall civil servant in the world could conceivably have come up with Peppa”. I may be mistaken, but that might be because creating animated children’s programmes isn’t in the job description for the civil service.

When Johnson progresses from the gateway drug of Peppa Pig to the more hardcore offering by the same animators, Ben And Holly’s Little Kingdom, he may be surprised to find that it features an upper-class, dishevelled, blond Mayor. Any resemblance to a real person is, no doubt, entirely coincidental.

Johnson’s speech also featured him making car noises as he reminisced about the time he was a motoring journalist. He enjoyed that job more than his current one, possibly because it’s the only job where he wasn’t sacked for dishonesty. The government’s own transcript of the CBI speech contains Johnson’s noises: “arum arum araaaaaagh”. Or was that from Jennifer Arcuri’s diaries? It’s so hard to be sure.

With the CBI being subjected to this nonsensical drivel – and really, why should they be treated any better than the rest of us? – he at least didn’t serenade them with the Bing Bong Song or Birdy, Birdy, Woof Woof! Then again, saying “bing bong bingly bongly boo” would have provided just as much reassurance for industry as anything Johnson actually said.

At one point, he even compared himself to Moses, suggesting that his instructions to his staff regarding green energy were akin to the Ten Commandments. Following Johnson’s example, it’s probably fair to ignore the seventh one. Moses of course famously parted the Red Sea, whereas Johnson can’t even part his hair.

This disastrous speech followed on from a sobering couple of weeks for the Tory party, with Johnson admitting that he had “crashed the car into the ditch” over the Owen Paterson debacle. It’s not really a surprise he veered off the road and into the gutter, since he lost his moral compass some time ago. 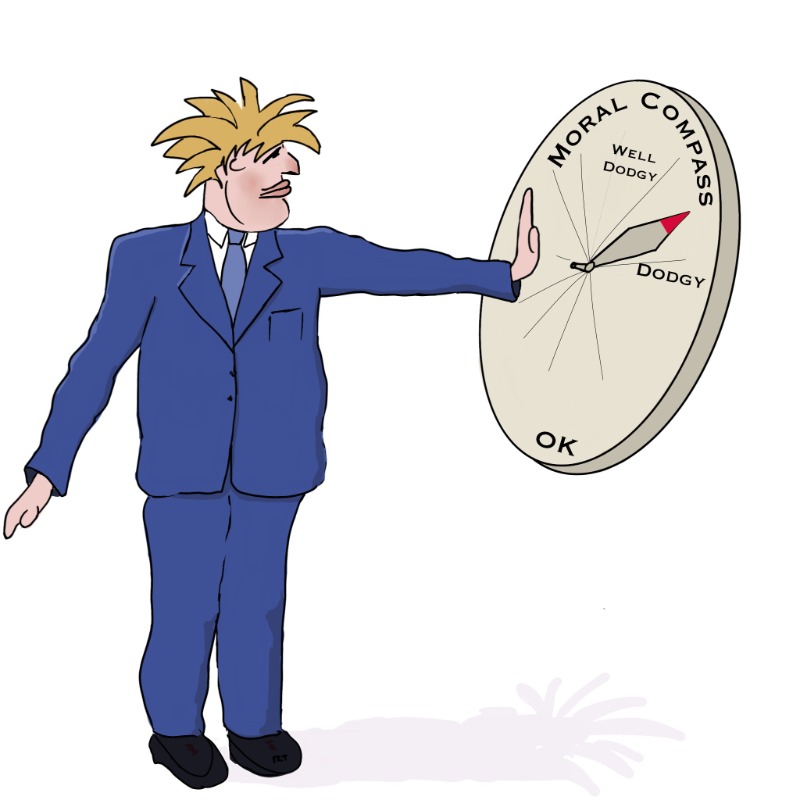 Then there was the botched plan for upgraded railways in the north being described as a “train wreck”. Car crashes? Train wrecks? Is this the latest in an action movie franchise? In this instalment, the government plays fast and loose with the truth about the rail network and everyone ends up angry: HS2 Fast, HS2 Furious.

When allegations of Conservative sleaze and corruption arose in recent weeks, there was an initial suggestion that it related only to one bad apple. That was at least true: it was a Cox. The Labour leader, Sir Keir Starmer, has focused more and more on the sleaze, accusing Johnson of “leading his troops through the sewer”. However, with the Conservatives voting to allow more sewage discharge into our rivers and seas, our sewers now lead straight to the seaside. As seemingly no one is being held responsible for the discharges, it appears we have managed to achieve turd immunity.

Sewage; social care; sleaze; higher taxes; energy prices; shortages in shops; broken manifesto promises; and a prime minister who can’t manage to read aloud a prepared speech. As the crises mount up, even senior Tories are starting to question whether Johnson is fit to lead them any longer, with one saying that there was “a lot of concern inside the building about the PM” and that “it’s just not working”. I think if you expect Johnson ever to be working, you’re looking at the wrong man.

The whole government might work better if someone competent was put in charge, such as Miss Rabbit. She manages to hold down multiple jobs in the town where Peppa Pig lives: driving a taxi, working in the supermarket, manning the museum shop, driving the train. I don’t think she has ever done any political lobbying on the side though, or sloped off to do legal work in the British Virgin Islands, so she perhaps wouldn’t fit in with the Tory government. Maybe Peppa’s great friend, Sunak Sheep, would be more appropriate. Meanwhile, Johnson would no doubt move on to be well remunerated in whatever his next role is. I hear Manchester United are looking for a new boss, and they don’t seem to mind if their manager is any good at the wheel either.

But with more Tory pledges unravelling – this time the promise that no one would have to sell their house to pay for social care – Johnson used his time at Prime Minister’s Questions to blame the Labour government for not solving the social care crisis. No, not the New Labour government of Blair and Brown but the government of Clement Attlee that set up the NHS in 1948. When you are blaming a government that left power seventy years ago, you have to start wondering: is everything okay, prime minister?


Also by Roger Winterbottom...
If Johnson Is On Borrowed Time, When Do We Get Paid Back?Implausible Deniability - Operation Save Big Dog May Need A Bigger Pooper ScooperIt's All Cummings Back To MeParty Favours Or A Gathering Storm For Johnson?When Is A Party Not A Party?