Brassed Off: What The Trumpet Taught Me by Kim Moore 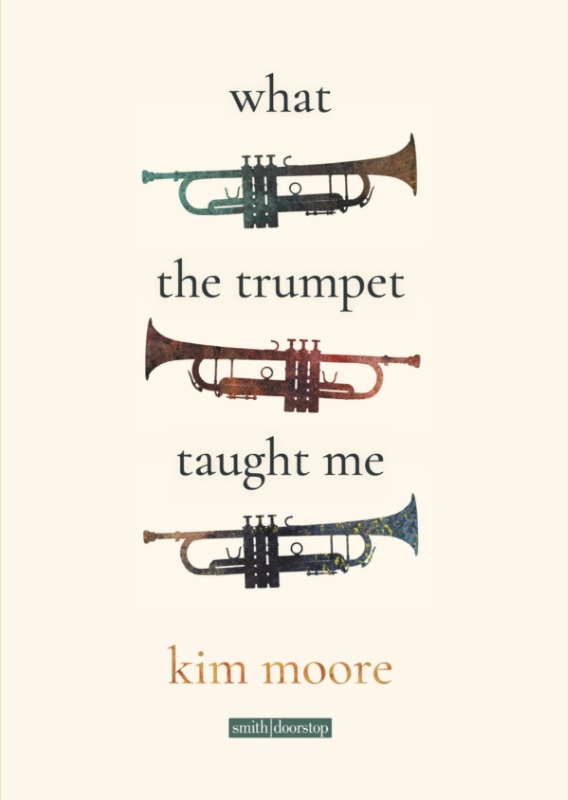 The struggle to retain a sense of purpose and identity in a landscape one no longer recognises is a transparent subtext of the film Brassed Off; transparent perhaps because the film’s director, Mark Herman, overlays his narrative with a vigorously-prosecuted political patina that sacrifices subtlety to melodramas of sentiment and pathos. But there is more to the film than saccharine appeals to emotion: running parallel to the redundant miners’ claim to recognition is the elephant in the room - the fight for acceptance of women in a resolutely patriarchal, and reactionary, social milieu.

The character of Gloria, played with resourceful vim by Tara Fitzgerald, is a Flugelhorn player whose presence in the story insinuates a contiguous political strand – parity for women in the traditional domain of men. Meeting resistance from the male hegemony of the Brass Band’s ‘closed shop’, her progress towards ‘approval’ is ebullient but gradual, and in the end, she achieves acceptance on merit, and on her own terms. Her fight for equality in an institutionally sexist working class universe is the reference point for a delicious real-time irony: a small group of women - miners’ wives - who were politically radicalised during the Strike of ’84, went on to aspire to a Higher Education that would have remained implacably out of reach prior to the conflict. That the process of enfranchisement turned out, in some cases, to be a catalyst for domestic disharmony would not have surprised contemporary observers.


Kim Moore
The irony would not be lost on Kim Moore, whose witty, wise and affecting autobiography of a trumpet player is a Bildungsroman defined by struggle, where the tortuous acquisition of musical skill is a metaphor for socialisation, for conflict, and for the grinding out of an artistic identity. And it is beautifully delivered: part history, part philosophical speculation, part insightful observation, What the Trumpet Taught Me is an honest account of a life overwhelmingly dedicated to the perfecting of Art. Constructed in short(ish) epigrams, Moore’s thoughts take the reader on a roughly chronological journey through a process of sometimes abusive, often brilliant, occasionally salutary, learning; a journey punctuated with diversions down byways of historical anecdote and Aurelian vignette, whose significance remains unusually consonant with the tenor of her own experience.


Her fight for equality in an institutionally sexist working class universe is the reference point for a delicious real-time irony...
I use the word ‘Art’ in the round, for Moore’s story describes a poetic sensibility in the spaces between words, an extraordinary sensitivity to the broken and the lost, and a hair-trigger awareness of the vulnerability of others. The crossing over of music into poetry, the swelling of Art into the margins of Life, is illustrated so frequently here that the boundaries of perception become unbearable: one such story relates to the performance that Moore gave of Messiah, to commemorate the thirteen randomly selected victims of Derrick Bird, the gunman who laid waste in Cumbria’s hinterland in 2010. The fine poem of increasing foreboding from Moore’s first acclaimed collection, The Messiah, St Bees Priory references the incident, and it is a testament to her acute sense of glass-shattering fragility, and filial love, that she should translate poetic anxiety into fatalism as she describes the axis of unknowing mischance and the horror of retrospective possibility in a language of symbolic reverence:

‘If my sister had dared to look out of the window, she’d have seen the gunman pass by once, twice in his car.

Behold I show you a mystery.
We shall not all sleep, but we shall all be changed.
In a moment, in the twinkling of an eye
at the last trumpet.’

A counterpoint to some of the controlling and monomaniacal figures Moore encounters in the formative stages of her playing career, ‘B’ - a friend so kind and gentle as to induce initial mistrust – yields, finally, a compelling example of the delicate hold of human bonds, and of terrible, unpredicted dissolution. The naked reality of death – ‘B’ is killed in a road accident – encourages his eulogist towards a pastiche of the resurrection, conceived, once again, in the transfiguring language of the Bible, but with little hope of realisation:

But he was not raised, he did not come back, and now I rarely say his name.’

Moore’s compulsion to commemorate, to commit to memory the significance of the person or the moment, is humbling. With a powerful sense of the well of history, and of those lost and dispossessed in its waters, her instinct, even in a space of self-uncovering, leans towards the silent depths. Not least in her desperately moving retelling of the story of Arthur Lane, the British army bugler who worked as a POW on the Burma railway and who played the Last Post each time a fellow prisoner died. Recording the names of the dead on toilet paper – itself a transgression punishable by death – Lane never relented:

The writer’s approach is admirably sincere, bringing binaries of self-lacerating complexity to a profoundly open discourse. And in this, perhaps unsurprising, measure, she brings the honesty of her poetry to her prose. The frank embarrassment she feels at the dissolving of a trumpet class into motley chaos pales in comparison to an incident that took place in Egypt in 1939, where a bandsman attempted to play a silver trumpet excavated from Tutankhamen’s tomb, live on BBC radio. The trumpet shattered into pieces as he tried to play, leaving the bandsman with only the stem in his hand, obliging King Farouk, who was present, to scrabble about picking up the fragments. Connection making is one of Moore’s favoured means of communication, and the kick is often tendered, and reinforced, in a witty coda. The reaction of an archeologist on the scene is both funny, and surreally persuasive:

‘Alfred Lucas, a member of Howard Carter’s archeological team was hospitalized with shock’.

Towards the end of her ‘autobiography’ of learning, of gathering love, of faltering steps from innocence towards self-understanding, Moore is secure enough in the authority of words to leave the inherent anxiety of practice and performance behind, quite “as if language has flowed into the space the trumpet used to take up…the poem as a tiny shield, defending the musician part of me that needs protecting”.

What the Trumpet Taught Me is published by smith I doorstop.