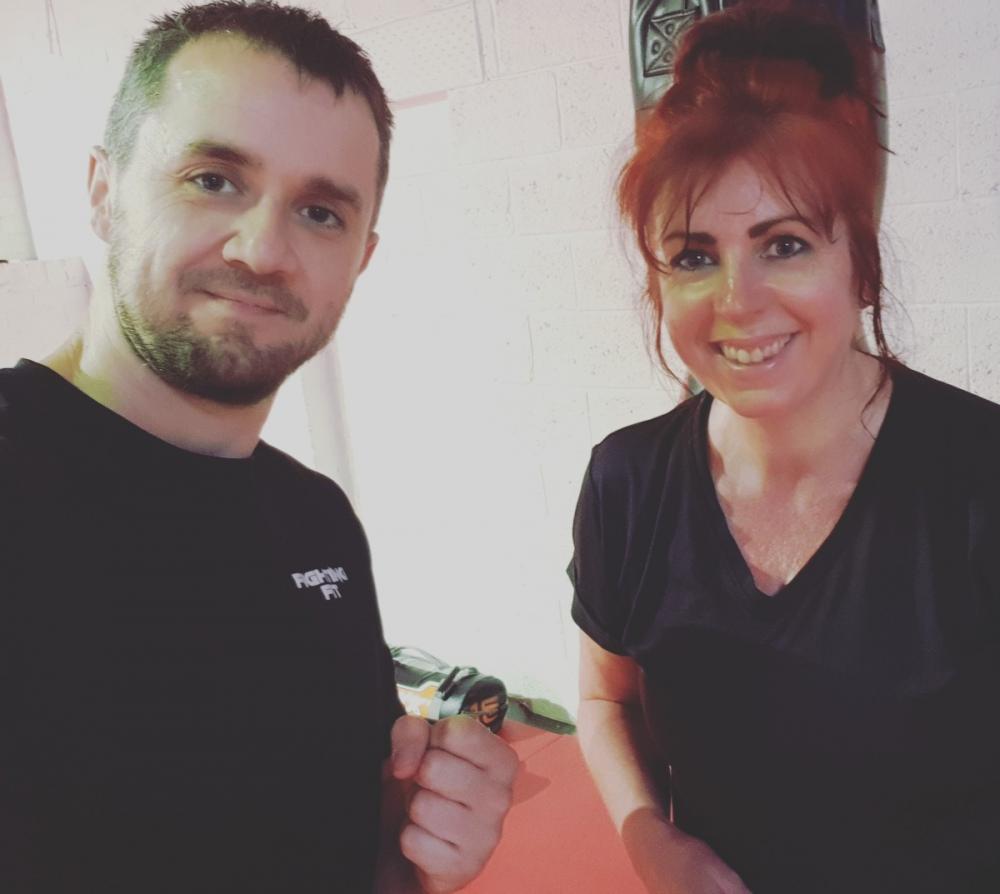 Dale and Claire
I’ve learned during my very long and chequered journey with health and fitness that the key to sticking at it is doing stuff you genuinely enjoy. For me, doing it out of sense of duty alone isn’t enough – I need to look forward to it.

I recently realised that although I love running, I get much more enjoyment from the more structured sessions than I do from the longer distances. So to keep things fresh, I’ve swapped longer social runs with something a bit different…

One of the first big steps I took on my health and fitness journey was joining a local gym after my marriage ended. I was 39, and at first, didn’t feel like gym material. I was in a very different headspace back then, and it hadn’t occurred to me that I was worth the investment. I didn’t even have a sports bra – let alone any decent gym wear – and wore cheap leggings, battered trainers and one of my husband’s t-shirts for my show-round. But it was amazing how quickly I got into it, and slowly my physical and mental health began to improve. I soon discovered body combat classes (these don’t involve actually fighting anyone - just doing all the moves as though you are!). I found the controlled aggression so therapeutic that I soon based my week around the classes, even though I’d head down to the showers afterwards feeling like I was going to throw up, so unused was my body to exercise.

Interested to see how I’d fare now that I’ve been exercising consistently for some time, I replaced my Wednesday night running sessions with a package of one to one sessions at Fighting Fit, Ossett. And my first one didn’t disappoint!

We did lots of pad work at my request, which was pretty exhilarating, but I did feel a bit nervous when Dale put on a waist belt and added hooks to his stomach as part of the combination. I must have done ok though as we then moved onto kicking! He’s a brave man, as my coordination isn’t always the best.

The session also included general fitness. As well as a long-awaited opportunity to really go at it on the battle ropes (I LOVE battle ropes!), I also had to push a massive contraption (I don’t know what it was but it was ridiculously heavy) up and down the width of the gym. Ten. Bloody. Times.

Boxing training is amazing for mental health as the levels of concentration and physical exertion mean you think of little else than your combination. It's also hugely empowering, but most of all it’s FUN.

After a very rocky start, I feel proud that I can now run 10k or spend a full hour doing high impact exercise without dying or throwing up. Which brings me to the point of this article: if you’re thinking about giving boxing or martial arts style training a try but feeling hesitant because you have a set idea of who you think it’s for, RELAX! There are so many ways you can have a go, from personal training to group classes, and like most forms of training, it’s more inclusive and accessible than ever before.

We all know how amazing it feels when we get exercise right, and overall, I’m proud of what my body and mind has been capable of since I finally started to take care of myself for good. I absolutely loved last night’s session and I’m already looking forward to next week.


Fighting Fit can be found on Facebook at https://www.facebook.com/FightingFitCircuit
Also by Claire Marie...
Are Dating Apps Crap?Relax And WriteRetreat YourselfTrack Running For Beginners5 Greyhound Quirks That Will Win Your Heart