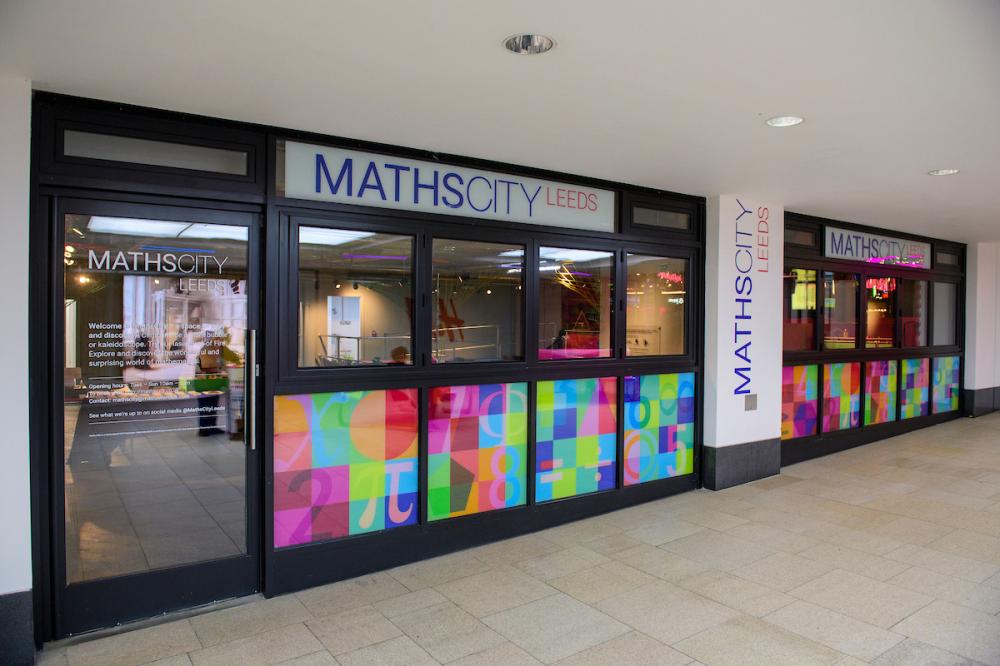 Leading mathematicians, council members, and key professionals from tourist attractions and universities across the country were just some of the guests that attended the bustling launch party last night for the UK’s first maths discovery centre.

MathsCity is a mathematical wonderland inside Trinity Leeds, with over 30 interactive exhibits that offer a hands-on experience to encourage people to have fun as they explore, discover, and solve. It aims to change the conversation about maths in the UK.

Launched at a time when there is a national skills shortage, declining numbers of students choosing maths at university, and vital educational catch-up required for school children who missed out during the pandemic, the value and significance of MathsCity is huge. 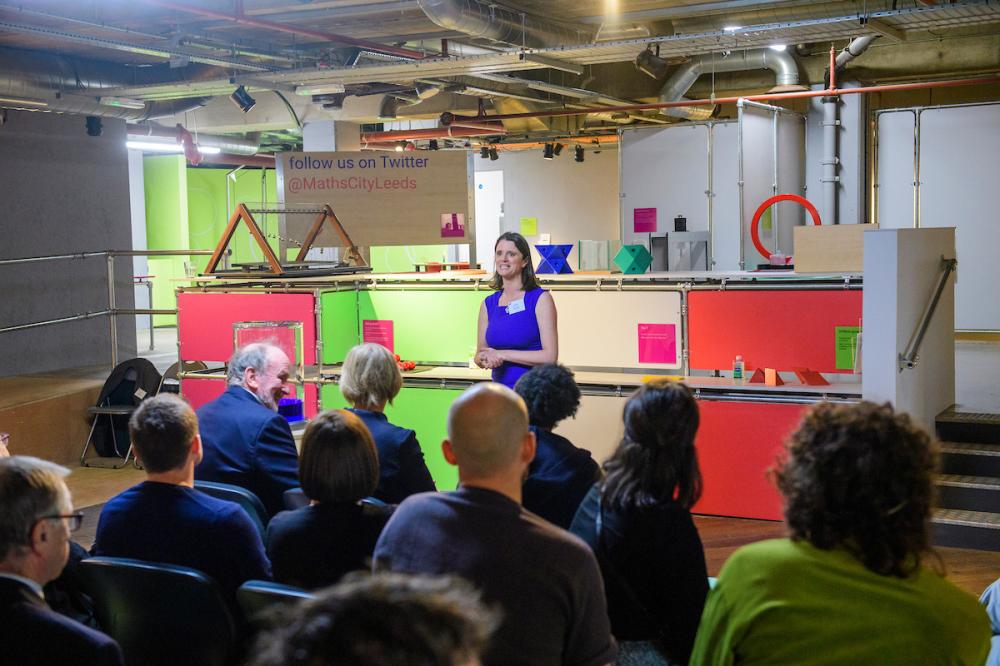 Dr Katie Chicot, MathsCity Launch Speech
Celebrating the milestone achievement by the pioneering charity MathsWorldUK, the MathsCity launch was an opportunity to show donors, supporters, and future investors why the innovative new attraction that opened its doors in Leeds City Centre last month is so important for the future. 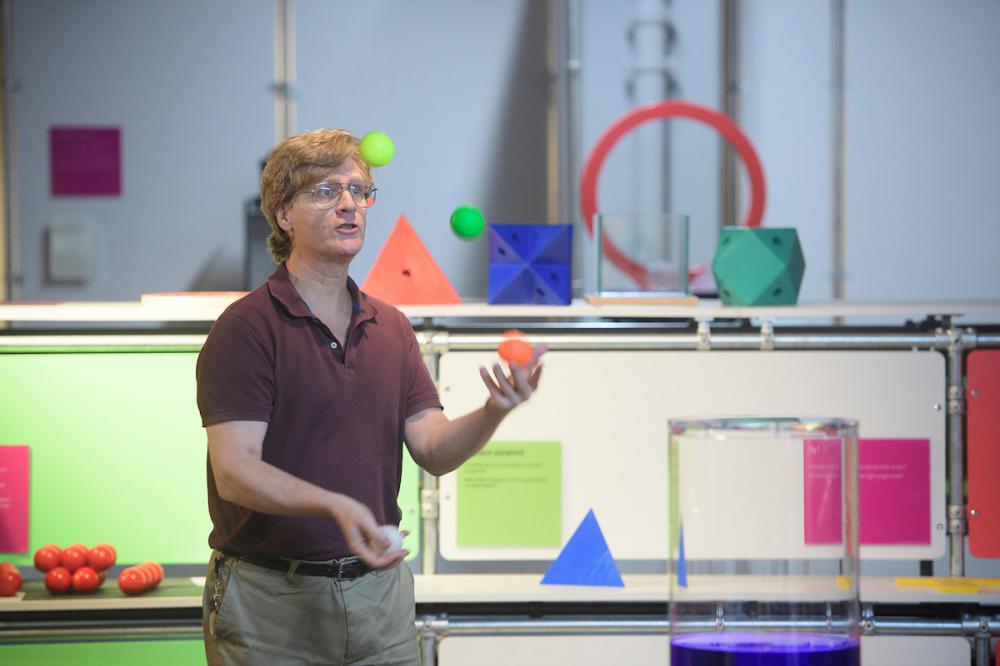 Demonstration by Dr Colin Wright
Dr Katie Chicot, MathsWorldUK CEO, opened the night with a rousing speech that declared,
“MathsCity is an intervention to change perceptions around mathematics. We aim to show the many interesting faces of mathematics. It is critical for all areas of research and development, and it appears in many areas of life and careers – from areas as diverse as medical research to the search for new planets.”

Joined by the enigmatic mathematician Dr Colin Wright, guests were then treated to a lively and entertaining demonstration of this, as Colin’s juggling act showed how maths turns up in the least expected places. 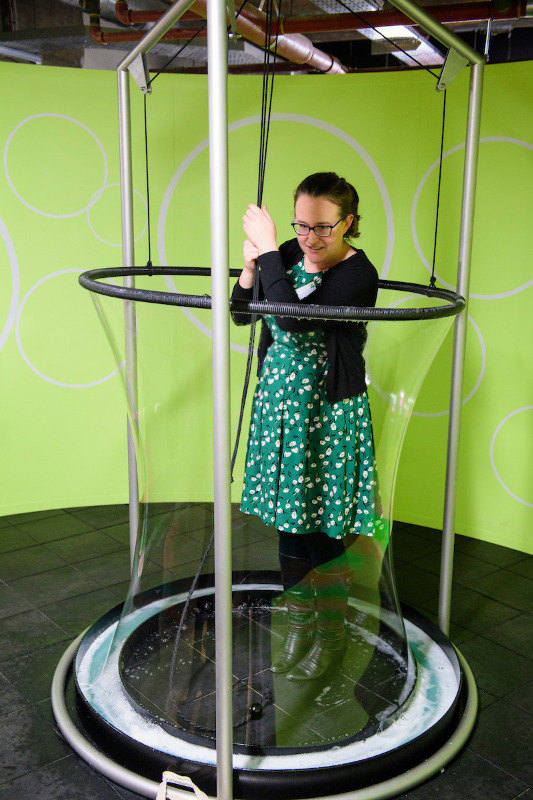 The inspired audience then grabbed the opportunity to experience the activities for themselves, by climbing inside the venue’s giant bubble and kaleidoscope, experimenting with shapes inside the laser ring of fire, and cracking a variety of fun puzzle challenges.

Head of Culture Programmes at Leeds City Council, Pam Johnson was among the special guests and said:
“The World Economic Forum still says that creativity is a top three skill for employability and it's crucial for children to get into it. There is creativity in maths and this discovery centre will be part of bringing creativity together with literacy and numeracy.”

Joined by Belinda Eldridge, Head of Visitor Economy at Leeds City Council, Belinda added:
“MathsCity fits well with Leeds' investment programme to generate thousands of jobs in the city. It's important for the future and we want to appeal cross-sector to the city to ensure that everyone has an equal chance to access maths." 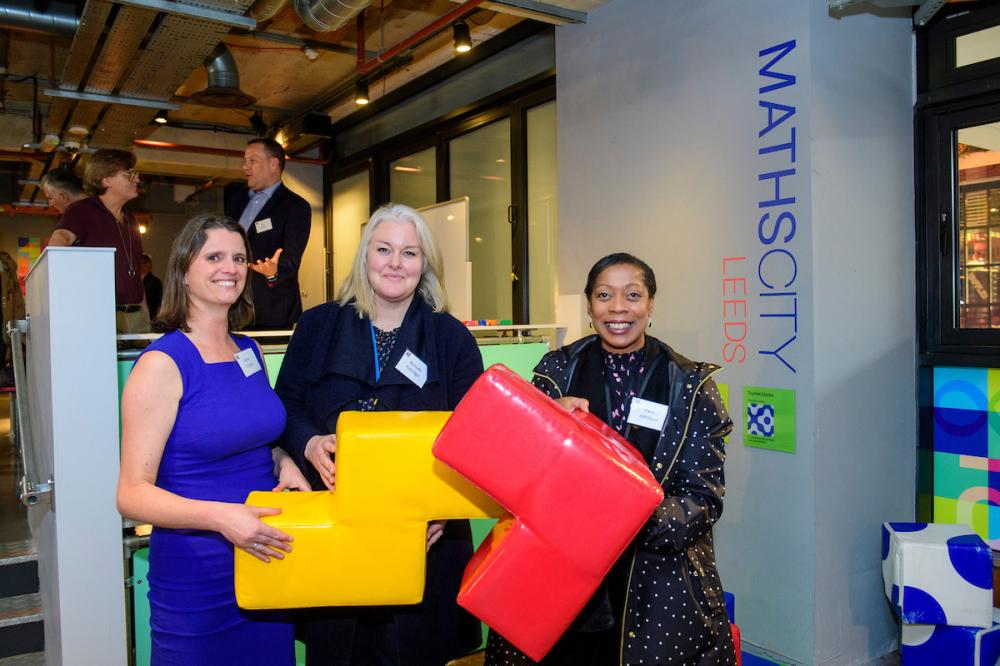 Dr Katie Chicot with Belinda Eldridge (Head of Visitor Economy) and Pam Johnson (Head of Culture Programmes) from Leeds City Council
Sarah Chamings of Leeds for Learning was also in agreement, saying:
“MathsCity is key for closing the numeracy gap for disadvantaged children and also the gender gap. We want to create a child-friendly city - the best city for children to live in - and create people that are ready for the world by engaging them with the world of maths. And not just numeracy, engage them with thinking. MathsCity is going to be vital for parents, children and teachers.”

Among the many visitors from educational establishments across the country was Sue Woodhouse, the Principal at The Grammar School at Leeds, who supports the mission of MathsCity: “The world is going to need more problem solvers in the future - and where better to start than MathsCity? We need young people to take an interest at an early age, to prepare for their future and ours.” 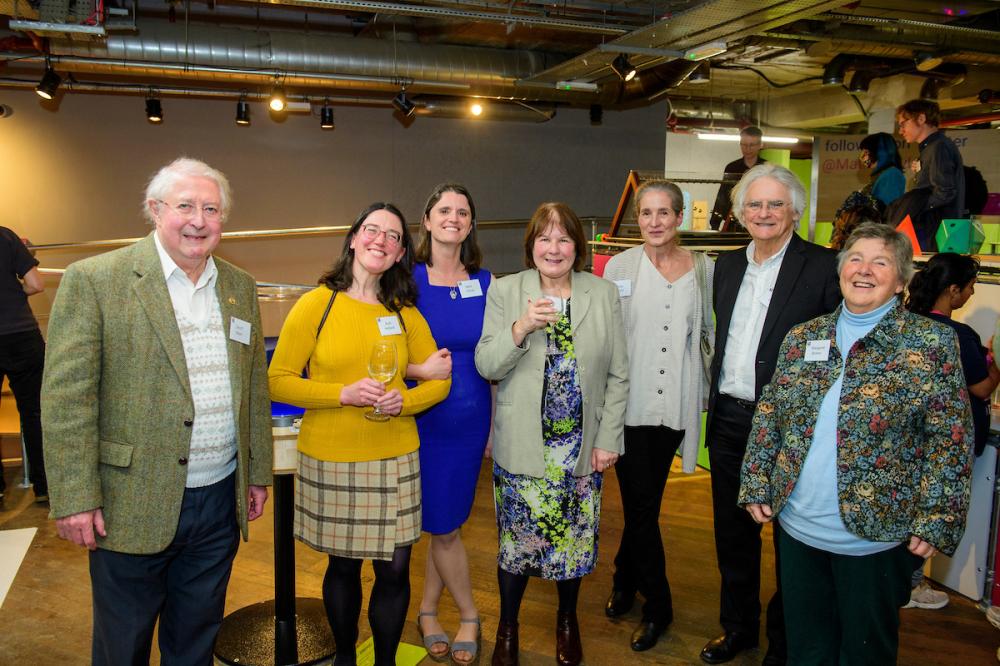 MathsWorldUK Committee and Support Team
Thanks to significant investment from LeedsBID, CIVA, and Trinity Leeds, MathsCity has a home inside the centre’s most popular shopping mall for the next twelve months, but the ultimate mission is to create a permanent world-class visitor attraction with potentially multiple venues across the UK.

To achieve this, the MathsWorldUK committee is now appealing for additional funding and sponsorship. To support this project, donors can contact the charity by emailing mathscity@mathsworlduk.com

Further information about MathsCity, including how to book tickets to visit the discovery centre, can be found online at www.mathscity.co.uk