A Grand Day Out, A Pint Of Beer And Fish & Chips

Nothing was going to dampen the excitement. Nothing! Not even the slightly inclement weather or the vehicle stuck half way up Sutton Bank threatening to derail our plans.

Would we catch the 09:20 from Pickering through to Whitby? 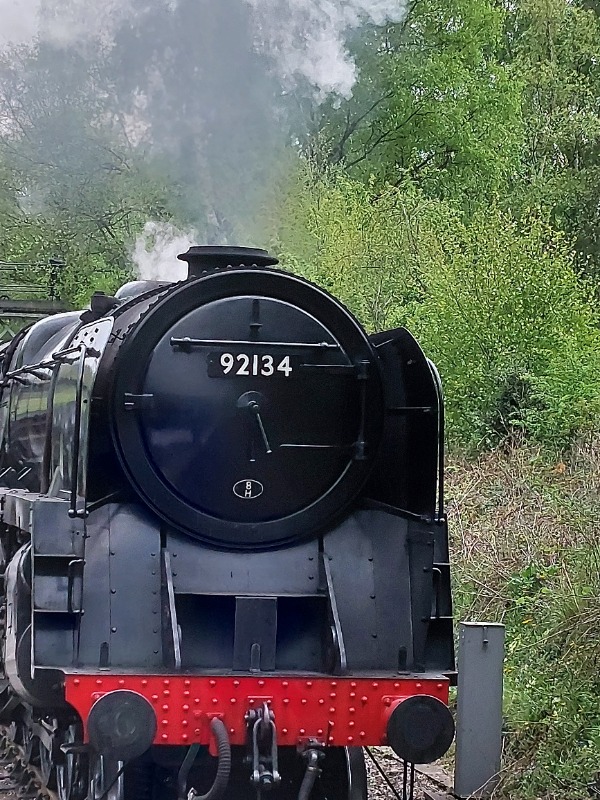 I was travelling with a former Worshipful Mayor of Ripon and his wife, plus a friend looking to have a grand day out on the North Yorkshire Moors Railway.

What could be better than the magic of steam, the great North Yorkshire countryside and the promise of fish & chips in the plethora of Whitby restaurants.

We pulled into the NYMR car park with a few minutes to spare, made our way on to the platform, jumped into our compartment just as the whistle blew.

A small jolt, a puff of steam, a blast from the engine and, as the pistons began to find their rhythm, we were off on our grand day out. Anyone who has heard the beginning of Coronation Scott by Vivian Ellis will understand the thrill.

And all those onomatopoeic words to describe the sounds like chug and chug plus the hiss, bringing back delightful reminiscences for my companions.

We could see the glow from the firebox in the BR 9F No 92134 engine as we leisurely ambled our way through the North Yorkshire moors.

Not quite as fast as in Robert Louis Stephenson’s Scenes from a Railway Carriage:


Faster than fairies, faster than witches,
Bridges and houses, hedges and ditches;
And charging along like troops in a battle,
All through the meadows the horses and cattle:
All of the sights of the hill and the plain
Fly as thick as driving rain;
And ever again, in the wink of an eye,
Painted stations whistle by. 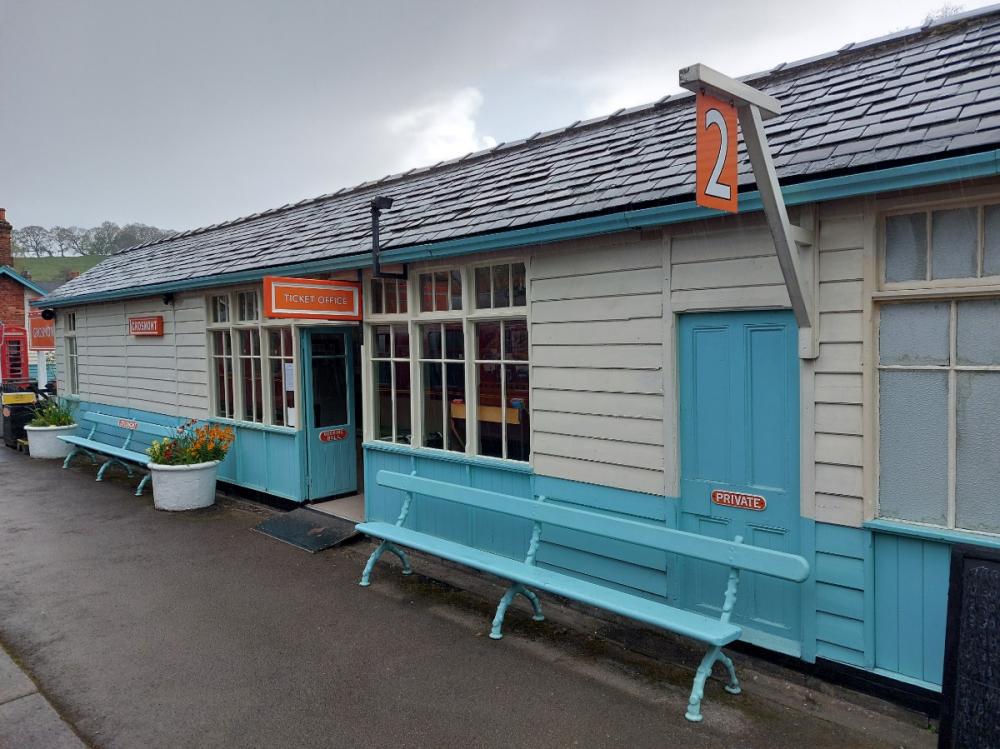 But fast enough for us to appreciate the stations we passed through: Levisham & Newtondale Halt, Goathland, and giving us enough time to see the clusters of primroses, bluebells, wild garlic, pheasants and even a heron. The poem really captures the essence of steam trains and as a child my parents would read it to me and my sister. 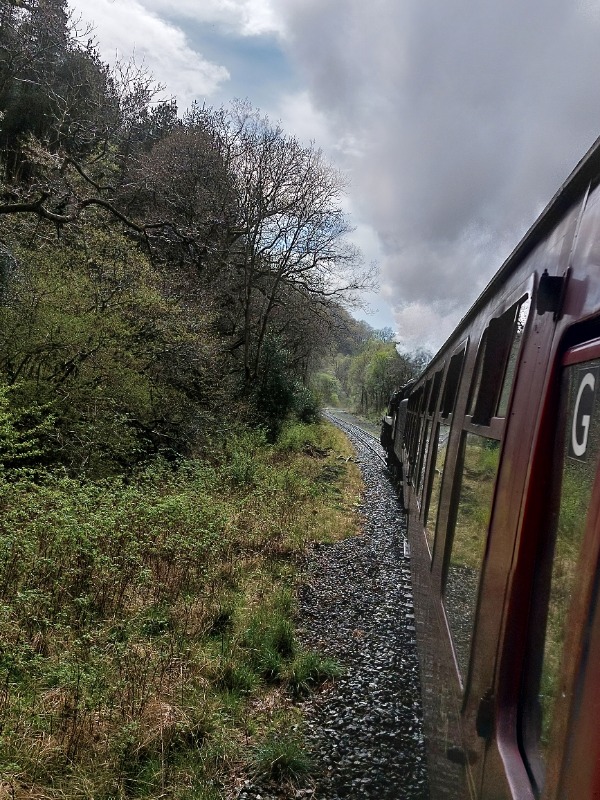 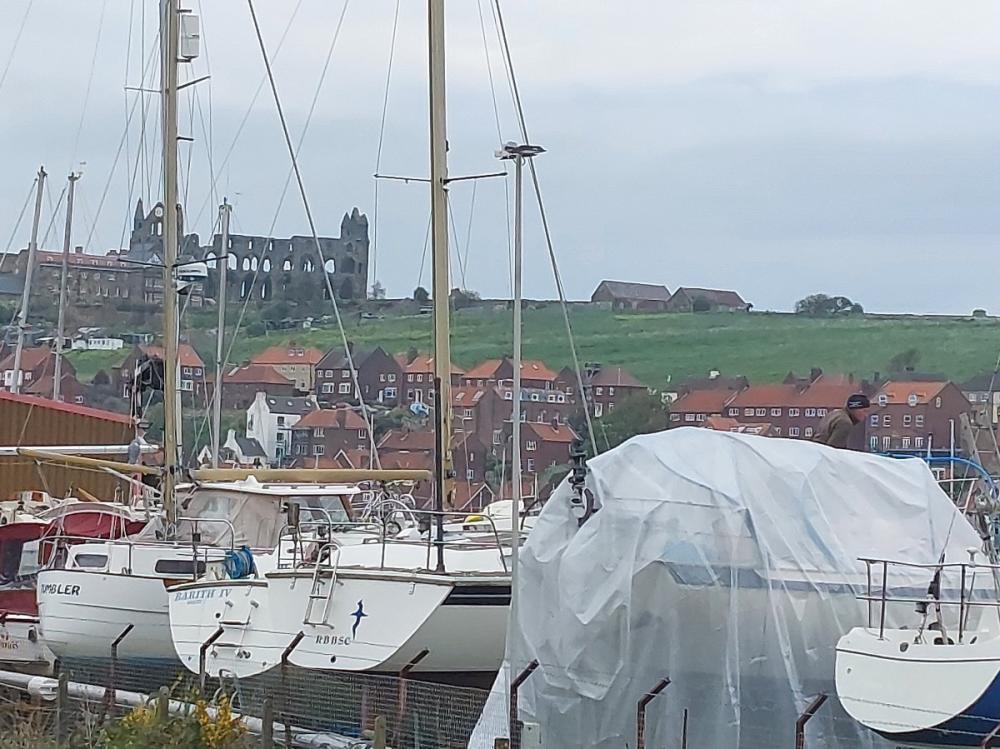 Pausing at Grosmont we were able to get off and watch the locos being changed. Apparently, according to Chris Wright our friendly and enthusiastic tour guide, who walked the length of the train chatting, giving ideas on what to do in Whitby, as well as facts about the NYMR, the BR 9F can’t take us into Whitby because of the strength of ‘hammer blow’ from this loco onto one of the bridges on the outskirts of Whitby. I’m told that ‘Hammer Blow’ (or Dynamic Augment), is a dynamic force imposed through the driving wheels and onto the railway track resulting from the rotation of out-of-balance weights that are attached to the driving wheels for the purpose of counteracting the horizontal inertia forces, resulting from the to-and-fro motion of the reciprocating motion parts. All new to me, but as they say, ‘every day is a school day’!

We were put into the hands of Bishop Eric Treacy, a former bishop of Wakefield and English railway photographer. LMS No 5428 ‘Eric Treacy’ was hooked up and we were off again. The verdant pastures now seen as we joined the national rail network. We criss-crossed the meandering River Esk many times. Slowing down close to a primary school it was disappointing that the children on their break in the playground didn’t look up in awe and wonder as perhaps pupils from another era would have done.

Most impressive was the Larpool Viaduct that once carried the Scarborough to Whitby line. Interestingly, it’s now considered one of the best bungee jump sites in the UK.

Then our Agatha Christie moment ...

There is a small tunnel that we went through very slowly, where the carriage was thrown into pitch black not a thing to be seen. A murder could have taken place, someone disappear, such is the nostalgic magic of steam trains and how they have been portrayed in films and television shows. 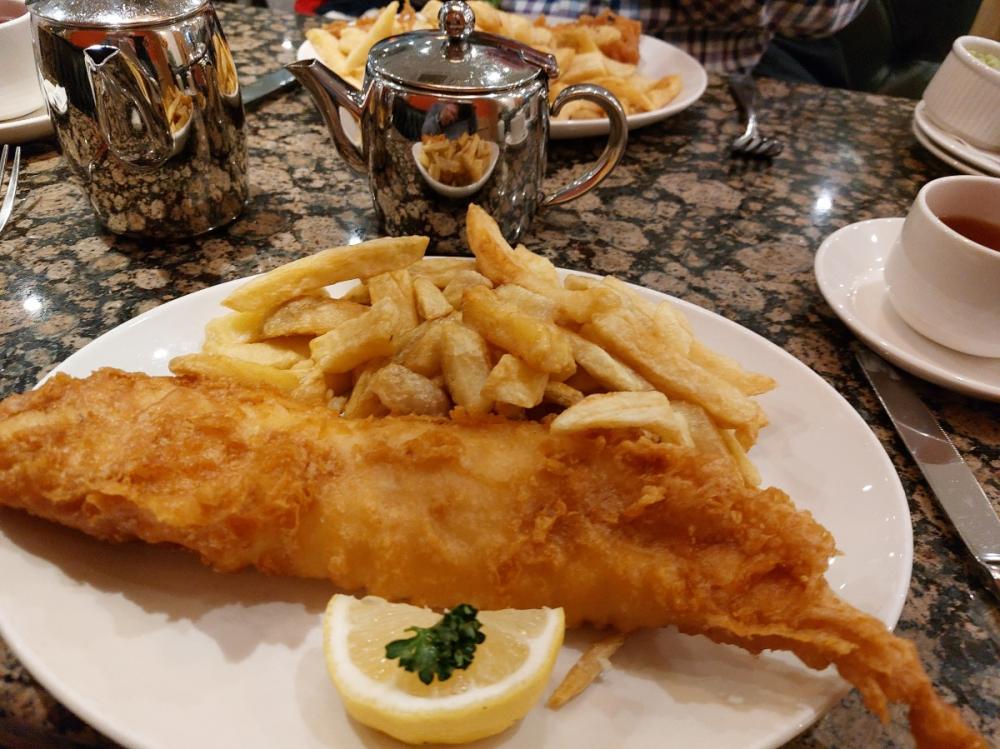 Then, as we followed the Esk we caught sight of the Abbey, a place to visit once disembarked, with its 199 steps that take the traveller up to a fantastic view across the North Sea. The only disappointment was the rather drab Whitby Station, not that inspiring a building, but the copious fish and chip restaurants made up for it. 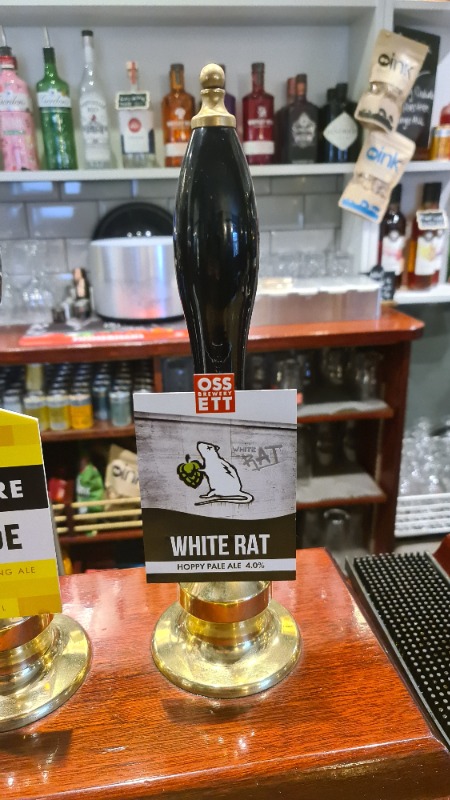 After a pint of Yorkshire brewed White Rat, it was all too soon before we had to board again after our two and half hours in Whitby. As we left the heavens opened but it was still magical watching the steam swirl around the boughs of the trees. Then the sun came out, and as I put my head out of the window looking for an iconic photo, I got a little bit of soot in my eye.

“There you go,” my companions said in unison. “It’s in your blood now.”

As we pulled into Pickering, the wheels ground to a halt and the mesmeric and hypnotising effect of the wheel movement, the sounds and the steam came to an end, leaving us with plenty of memories from our truly grand day out.